Lila Gladys Coon was born in 1899 at Fox Point, Nova Scotia, a province in Eastern Canada. Her parents were devout seven-day Adventists.When Lila turned 26 she met and married William Peach Young. William was from the state of Oregon in the United States, but had relocated to New Brunswick, an East Coast province of Canada. William Young aspired to be an Adventist Medical Missionary without formal medical training. After marriage, Lila became pregnant with the first of their five children and the couple made a move to Chicago. In December 1927, William became a licensed chiropractor, prompting the couple to move back to Nova Scotia. 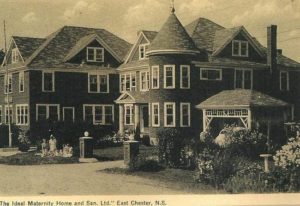 William and Lila opened the Life and Health Sanitarium in East Chester, a village in Nova Scotia. Lila became a professional midwife and renamed their establishment the ‘Ideal Maternity Home’. William took the role of the superintendent and Lila the role of managing director of the maternity home. The couple advertised the home as a refuge for unwed mothers and promised no publicity or gossip would come to the unwed mothers. Married women seeking refuge would pay $75 each for delivery and two full weeks of recovery. Though unwed mothers paid significantly more. In order to be free of scandal, rumors or gossip, they paid $100 to $200 in advance for their room and board. This also included the delivery and adoption arrangements as well as additional infant supplies. There were additional fees for housing the baby before adoption was final. A $20 fee was charged if an infant died for funeral services and fifty cents per corpse.
Women who couldn’t pay were allowed to perform chores to pay for the services.Lila and William provided all medical care for the young women, creating bills on doctor letterhead, coining themselves, doctors.Most described the birthing methods as cruel or unsanitary and reportedly between the years of 1928 to 1935, the Young’s delivered 148 infants with 12 of the infants dying in the home. March 4th, 1936, The Young’s were formally charged with two counts of manslaughter for the deaths Eva Nieforth and her newborn. The charges alleged that the deaths were directly caused by the unsanitary environment and negligence. Though after only a three day trial in May of 1936 the couple was acquitted. The Royal Canadian Mounted Police began investigating every reported death in the home after the acquittal, though it became difficult to investigate if the home did not report the infants deaths. 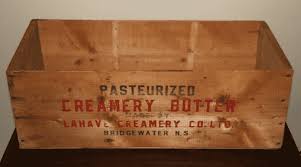 Years later, a handyman admitted to burying between 100 and 125 babies in an empty field near Fox Point. It is said that Lila’s parents owned this field that adjoined the Adventist Cemetery. The handyman stated that he buried the infants in rows and at one time, an infant’s corpse lay in the Young’s tool shed for at least five days before it was taken to Fox Point for burial.  It is said that the couple used butter boxes to bury the babies in. Miniature make-shift coffins. At times, if a burial wasn’t an option, the couple would burn the babies in their furnace. Money was a large motivation in burying the infants as the home’s basic charge was $300 to board an infant through it’s natural life. When the home became overwhelmed it sent out some of the infants to a neighbor to care for. At times the home was overwhelmed with babies as many rejected infants of mixed race or physical defects for adoption. While the Young’s made significant profits from birthing babies, they made even more from the adoptions. The average charge per infant was $800 to $1000 in the 1930’s and the price would rise up to $5000 per infant during World War II. It is said that in the 1940’s, Ideal Maternity Home had earned up to $60,000 a year from boarding pregnant women and had banked at least $3.5 million from adoption and sales of infants from 1937 to 1947.Other sources of their income included charging mothers who changed their minds about adopting out their child. They would offer to give the infant back if the mother could pay $10,000. Often times, the couple would simply tell the mother that her baby died and sell it for profit. In 1943, the Ideal Maternity Home was housing up to 70 infants at any time. The small cottage had evolved into a fifty-four room complex with fourteen bathrooms as well as several nurseries. At that time the property was worth $40,000 and was completely paid in full. At this time clients could reserve rooms, private or semi private if they did want to be in a maternity ward. The Young’s were doing so well and profiting millions, which caused LIla to boast a little about their success. This bragging caught the attention of Public Health officials who had already had their eyes on the couple. In 1945, Public health officials found solid evidence of neglect at the facility. When approached with the evidence, Lila stated she was simply being harassed by this agency. The Maternity Boarding House Act of 1940 was amended at this time which created more licensing requirements, causing the Young’s application to be rejected. Ideal Maternity was ordered to close completely in November of 1945.But that isn’t where the story ends… The Young’s continued to operate the facility without a license because they had a case  on appeal. During the case, the U.S. Immigration department produced evidence that the Young’s had brought black market babies to the U.S. illegally. The Young’s were arraigned in March of 1945. Eight counts, that included violation of the Maternity Boarding House Act, practicing medicine without a license and several other serious charges. Though they were only convicted on three of those charges which only resulted in a fine of $150. 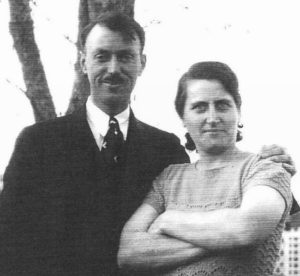 June 1946, the Young’s were convicted of illegally selling babies to four American couples. They were fined $428.90. At this point, William had become a heavy drinker and later was convicted for perjury for his testimony. Through all of these legal troubles, the Young’s were still birthing babies at Ideal Maternity. Though the end came abruptly when Lila filed a libel case for $25,000 against a local newspaper. This caused an enormous amount of extremely damaging testimony from various sources. A jury dismissed the libel case and suddenly Ideal Maternity was exposed and closed before the end of the year. The Young’s were now bankrupt and overwhelmed by their debt. They sold the property and moved to Quebec.In September of 1962, the house caught fire and burned. Prior to the fire, it was meant to be converted to a resort hotel.William passed from cancer and Lila passed from Leukemia.