Mike and Karen Laspisa gave birth to a baby boy on April 30th, 1994. Bryce seemingly had a normal and uneventful childhood as the only child of Mike and Karen. He was a 2012 high school graduate from Naperville High School in Illinois.

Mike and Karen retire early from their jobs the same year Bryce graduates from high school. They decide to move to Laguna Niguel, California. While in California, 19 year old Bryce makes a decision to attend college in Rocklin, which is 7 hours away from his parents’ new home. He begins his freshman year at Sierra Community College. Freshman year seemingly is uneventful or at least nothing is reported. <

Bryce studied graphic design and completed his freshman year in good standing, he then packed his apartment and went home for the summer, once again, nothing eventful is reported for that summer. He spent it with his parents and headed back to begin his sophomore year a few weeks before classes actually started. 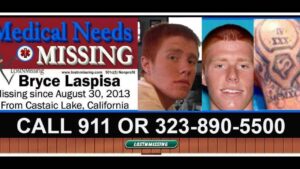 Classes would start August 27th, 2013 and Bryce and his friends drink and gather in the time before classes start. Friends had no concerns during these weeks prior to classes beginning. Though things took a strange turn on the evening of August 27th. After his classes that day, Bryce spoke to his mom on the phone and said classes were great, nothing seemed amiss to his mother.

Later that evening, Bryce played video games with friends, drank alcohol and took the ADHD medication, Vyvanse. This drug assists in ADHD patients, but when taken without the condition alongside alcohol, the drug can keep one up all night and bring on multiple side effects.

It is unknown by all how long Bryce had been taking the Vyvanse, though his roommate, Sean, had reported that Bryce had at least been taking it for the last two weeks.

On the night of August 27th Bryce had given away some of his possessions including his Xbox and diamond earrings his mother had given him. He had also sent his girlfriend Kim a text, stating she would be better off without him and breaking up with her. At one point, he sends his roommate Sean a text saying, “I love you bro, seriously, you’re the best person I’ve ever met, you saved my soul”.

On August 28th, his very concerned roommate Sean called Bryce’s mom to express his concern for his friend and roommate. Sean had shared that Bryce had also said something was bothering him, but he wouldn’t say exactly what it was.

Later the same evening, Bryce calls his mother and is quite upset

because his girlfriend Kim has his keys and won’t allow him to leave. Even though Bryce had broken up with his girlfriend he still drove 90 miles from his apartment to her home in Chico, California. During this issue, Bryce’s mom Karen speaks to Kim and states she sees no reason why Bryce cannot leave in his own car. His mother felt that he sounded lucid and coherent, but when she asked him what was wrong, he stated that he needed to talk to her and had a lot to tell her. His mother Karen offered to come up to Rocklin to see him, but he did not want her to come see him.

At 1 am on August 29th, Bryce called his mother again, she was asleep and figured he was simply letting her know he arrived back at his apartment. Though Bryce never went to his apartment that night, he was actually an hour South in a very desolate location. Later phone records show this.

The morning of August 29th, the Laspisa’s received a phone call from their car insurance company, stating that the Toyota Highlander that Bryce drove had called for roadside assistance. Concerned, Karen tries to call Bryce, he doesn’t answer. She then calls Sean, Bryce’s roommate, who reports that Bryce never came home.

Mike and Karen Laspisa begin looking through credit card transactions online to see if they can pinpoint where Bryce is. They found a transaction for Castro tire in Buttonwillow, California. This location is only 3 hours from the Laspisa home in Laguna Niguel, it appeared Bryce may have been on his way home, though they still couldn’t reach him.

Not long after this call, they received a call back from Christian stating he found Bryce in the same location where he had assisted him that morning, simply sitting in his car. Christian hands his phone to Bryce and his mother asks him what he was doing…
Bryce says, ‘nothing’.

Concerned but she doesn’t press for answers, she tells him to fill

his gas tank and head home. Bryce filled his gas tank and headed towards home. This time, he was expected to arrive within 3 hours which would be around 3:00pm. Though, by 3:30pm Bryce had not arrived and he is still not answering his phone. By this time, they have not been able to reach Bryce on his own phone for over 6 hours. They had only heard his voice on Christians phone, the man from the tire shop.

At 6pm on August 29th, 2013, Mike and Karen Laspisa file a report in Orange County. AT&T performs an emergency ping on Bryce’s phone. His phone pings in Buttonwillow, California, this is the same location he called for roadside assistance at 9 am and was later found at 12pm by a man from the tire shop. This means Bryce is possibly still in Buttonwillow. With no understanding as to why he’s still there, they call Kern county authorities. Deputies are sent out to look for Bryce in Buttonwillow.

At 9pm, deputies find Bryce 8 miles from where he had gotten gas earlier that day. In nine hours, Bryce had only moved his vehicle 8 miles. When found he is simply… sitting in his car. Deputies spent about 20 minutes with Bryce. They do a field sobriety test on him and state he didn’t appear to be under the influence of anything. Deputies go further and search his car. They find no drugs, no alcohol and he tells them he’s just there to blow off some steam. The deputies ask him to call his parents immediately but Bryce was very hesitant, so deputies dial the number for him. He speaks to his mother around 10pm and she asks him what he’s doing and he replies, I’m going to hang out with friends. She does not press him for details, she tells him to get something to eat and come home. 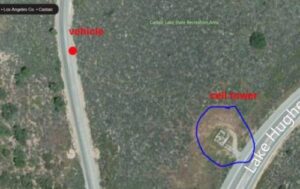 Not long after this, Mike and Karen receive a call from Christian, from the tire shop. He noticed a missed call on his phone, but realized it must have been from earlier. Mike and Karen fill Christian in on what’s been happening and he offers to go back to the location and check for Bryce once again. They tell Christian not to worry as deputies have already been there, but he insists.

When Christian arrives at the location Bryce was when deputies found him….Bryce was still there. He is still simply just sitting in his car. Christian urgest Bryce to go home and follows him to the freeway. Once on the freeway, Christian follows for a short distance then gets off assuming Bryce is finally on his way home.

At 11 pm, Bryce purchased something to drink in Buttonwillow. He only spent $1.71, he told his mother he was on I-5 South and on his way home. His parents asked for landmarks to see if he was on the right path… but he wouldn’t give them any information, he simply said it’s too dark, I can’t see.

During this night, transactions show he purchased more gas at a Valero gas station, spending $39.

By 2:00am he calls his mother and tells her he is just too tired to continue driving. His parents agree and tell him to find a place to sleep in his car and get back on the road. It is believed at this time that Bryce has been awake for 48 straight hours. Bryce never pulled off the road. In fact, he drove 90 more minutes till he arrived at Castaic Lake.

August 30th, 2013 at 8 am, the doorbell rings in the Laspisa’s home. They believe this to be Bryce and are feeling relieved, though, it wasn’t Bryce. It is the police stating they found the Toyota Highlander overturned at Castaic Lake off of an access road that led to the recreation area. This location is 2 hours north of their home and 1 hour south of Buttonwillow. 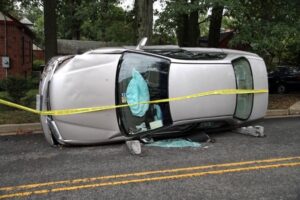 Based on CCTV footage, it appears Bryce was driving on Lake Hughes Road near Castaic Lake just minutes after telling his mother he would be pulling over. 2:15am was the first sighting of Bryce on the footage.

This same camera provided footage of Bryce driving up the road again at 4:29am. At the top of the embankment where the vehicle had gone off, there were tire tracks. To descend the embankment in that fashion, he must have used a high rate of speed. There were no traces of the brakes being used.

It appeared that Bryce had tried to take his own life by driving into the lake. Though, the lake was an illusion as it was not as close as it appeared. It appears at the top of the embankment that you would be able to drive into the lake, but really you would come to a 25 foot drop off first. This is where his car landed.

When the vehicle was found, the back window was broken out from the inside and Bryce’s possessions were still in the car. Though they found his laptop and cell phone in the car and his duffle bag outside of the car. They also found a few drops of Bryce’s blood in the car.

A large search begins. Helicopters, ATVs, searchers on foot and they even searched the bottom of the lake. They found no traces of Bryce.

On day nine of searching for Bryce, authorities bring bloodhounds. His scent was tracked from his car to a truck stop across the street…No other clues have been found and it is unknown if Bryce is alive.

Was Bryce attempting to end his life? Or was he running from something within his life? This one… cannot be left to the realms of the unexplained…  If you have information or have seen Bryce, please contact the Los Angeles County Sheriff at 323-890-5500 or call 1-800-THE-LOST