Cats are probably the wildest domestic animal you’ll ever have. They were thought to be domesticated around 7500 BC, in the Near East, this would refer particularly to Western Asia, Turkey and Egypt. Though most believe cats were domesticated in ancient Egypt as veneration was given to all cats in Egypt at around 3100 BC. These days not much has changed for cats… great respect and love is given to most all domestic cats. In 2021, it is estimated that 220 million cats are owned and 480 million stray cats roam the world.

If you were to visit Aoshima Japan, you may quickly realize that their feline population is quite large, this island is often called, ‘Cat Island’. Or if you visit any major city in the United States, you can easily find a Cat Cafe…

One wouldn’t think to find a cat in the United States Capitol building, especially not the ghost of one. This is the story of the demon cat that haunts U.S. capitol building. 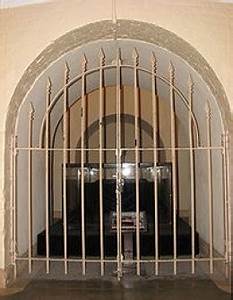 This left the tomb under the Capitol building empty. Eventually over time, rats and mice moved in and began creating a big problem. By the 1800s, cats were brought into the tunnels to hunt and kill the mice and rats.

Though, the legend states that one cat never left.. After it’s death, it’s spirit stayed in the Capitol building.

This spirit cat has often been referred to as a demon cat. In the 1800s the Capitol police would often hire officers who would frequently be drunk during their patrols. The legend states that a guard was on the ground drunk and one of the Capitol building’s stray cats licked him. Being drunk he believed the cat to be a giant monster of a cat. Obviously this legend spread among the other guards and everyone became aware of this terrifying demon cat.

As years went by, the legend of the demon cat continued on, some placing the cat at presidential elections as well as some of the tragedies that occurred in Washington DC.

Some would say they witnessed the cat grow to the size over a giant tiger if it was alerted to their presence. It would lunge at the witness and disappear before their eyes prior to reaching them.

In 1890, Capitol Hill guards spotted the cat and shot at it, but as they shot at the demon cat, it disappeared.

In another legend, it is said that a guard died of a heart attack after seeing the cat. The last sighting was in the 1940s during World War ll.

What do you believe? Is there a demonic cat haunting the U.S. Capitol building? Or is it simply the lost soul of a sweet cat? I suppose… we will just simply leave this to the realms of the unexplained.