The Urantia Book was first published in the U.S. in the year 1955. The book was referred to as The Urantia Papers early on or at times The Fifth Epochal Revelation. The author of this mysterious book is reportedly, unknown. Where did The Urantia Book originate? It all began in 1911, when Dr. William Sadler claimed one of his patients began communicating with a group of celestials. The communications continued on for three decades. The Dr. was accompanied by his wife Dr. Lena  Kellogg Sadler during the communications with the celestials. The two recorded these visits to the patient night after night, all while continuing on their professions by day. Dr. William Sadler was a general practitioner, a surgeon as well as a psychiatrist. His wife, Dr. Lena Kellogg Sadler was public health doctor and focused on women and children. Both were very well-known and respected physicians in the Chicago area. From 1911 to 1923 they claimed to have been part of over 250 night sessions of communications from the celestials through their patient. For safety and reputability of the book, the patient’s name has always been withheld. The only description of the patient is that he was a businessman and member of the trade and stock exchange. How did these two Doctors become immersed in the communications? The two were approached by a concerned neighbor who claimed her husband would sleep so deeply that his breathing would become abnormal. During these deep sleeps, she was unable to wake him. The Sadlers agree to come and observe over a period of time. This is when the communications began. While the patient was in a deep sleep, he would speak but claimed to be a spiritual being communicating through the patient. 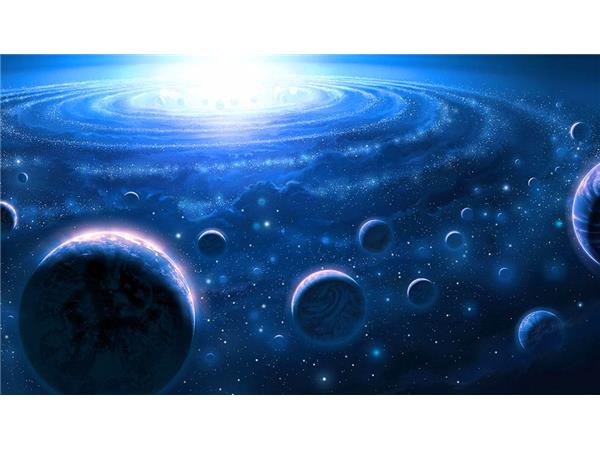 Sometime in 1923, a group formed and began meeting regularly at the Sadlers home. The group was formed by friends, former patients, and colleagues. All interested in discussions regarding the celestial communications coming from the Sadlers patient. A communication was received at one point and the celestial stated the group could form questions to ask during the communications and answered by the personality coming through. The answers they received were in the form of fully written pages, which eventually resulted in The Urantia Book. The group eventually named themselves, the Forum and consisted of 30 individuals who made a pledge to not share the information outside of the group. More joined over the years and others left the group, it is said that the group had nearly 500 members throughout the years. The questions for the celestials were filtered through a smaller group of five individuals that included the Sadlers, called The Contact Commission. These five individuals were responsible not only for the questions from the Forum, but the handwritten manuscripts that held the answers to the questions the Forum asked. The group of five arranged, proofed and typed all of these handwritten manuscripts. The Contact Commission were also the only members along with the Sadlers, that witnessed the subject sleeping, communications that occurred and his true identity. While all members of the Forum would now be deceased, none of the individuals claim to understand how the information was physically materialized. When all was collected, Sadler alongside his son began to write an introduction to the material collected, but was told by Celestials that he could not introduce this book. This is when the Foreword was received. The celestial communications continued well into the 1950s, which is when the The Urantia Foundation was created. The organization was a tax exempt educational group formed in Illinois. Funds were raised privately to keep the organization moving. Sadler and the Forum claim they were given permission to publish The Urantia Book in 1955. The book was first published October 12, 1955. The Urantia Book consists of three parts plus the foreword. The first section discusses, God, the inhabited universes, life after death, angels and other beings and the war in heaven. The second section discusses the history of the world, science and evolution, Adam and Eve, development of civilization, marriage and family, personal spiritual growth. The third section consists of the life and teachings of Jesus including his missing years. In detail, the book discusses the entire life of Jesus, all 36 years. The Urantia Book claims that there are many sons of God, just like Jesus that walk on many different planets. It also states that there are billions of worlds that consist of 100,000 universes and 10 million inhabited planets. The book states that Earth, which is called Urantia, is the 606th planet inside of a group of planets that is named Satania. To this day, the Urantia Foundation is still in existence. https://www.urantia.org/ You can purchase the book just about anywhere and even download it from the web. It’s grown in popularity and has an estimated 750,000 books in print. Many stand by the book and believe in the words, Mo Siegel and John Hay, the founders of Celestial Teas, the home of the popular sleepy time tea are firm believers in The Urantia Book. Kerry Livgren, guitarist for the rock band Kansas, was a believer in the Urantia Book before becoming an Evangelical Christian Protestant. Elvis Presley is said to have travelled with a portable bookcase and in it had a copy of The Urantia Book. Jerry Garcia described The Urantia Book as one of his favorite esoteric books. Was this book authored by celestials from heaven? Or aliens? While the book makes literally no mention of aliens, it discusses the creation of a world, like Earth and once the beings helped to establish life on a planet, they would need to step back. Very similar to the plot line of the original Star Trek. As a matter of fact, it is said that Gene Rodenberry was a fan of The Urantia Book. Throughout the book, visitors from other worlds are discussed and said to be observing our planet, Earth (Urantia). In Paper 39 of the book, it says, “5. The Transporters. The planetary transporters serve the individual worlds. The majority of enseraphimed beings brought to this planet are in transit; they merely stop over; they are in custody of their own special seraphic transporters; but there are a large number of such seraphim stationed on Urantia.  These are the transport personalities operating from the local planets, as from Urantia to Jerusem.” 39:5.10Are the transporters aliens? Various papers throughout the book discuss what can only be described as possibly aliens. Pick up a copy or download to read for yourself. What do you think of this all? Leave your thoughts for us!

8 thoughts on “The Urantia Book’s author is unknown”