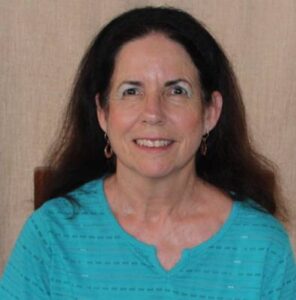 Judy Carroll was born in Queensland, Australia in 1952. Her family background is Creole (South American/Spanish), English and Romany (Gypsy). She left school to pursue a career as a professional Flamenco Dancer, following in the footsteps of her Grandmother, who was a dancer and clairvoyant medium in the Romany tradition. Judy feels that this background has helped her to assimilate the encounters she’s had with Grey ETs since early childhood. Sixty years of these ongoing and at times fully-conscious encounters has given her a deep insight into this phenomenon which is happening to many thousands of people world-wide. Being born into a Romany family has also given her insight into “being different” among fellow humans and its effect on the psyche.Full awakening about her connection to ETs came in 1983 at age 30, with a daytime encounter during which several Greys appeared to her in full daylight and she recognized them as family. She was given a massive download of information and advice regarding the mission being carried out on Earth, the part she was to play in it, and further studies she needed in order to undertake this role to the best of her ability.The Visitors advised her to meditate so as to facilitate easier telepathic communication, and to study Tai Chi andnatural healing. Therefore, she’s had 8 years of training in a meditation development group where she learned channeling and automatic writing, and 6 years of Reiki training to Master/Teacher level. Judy has been a qualified Tai Chi and Qi Gong instructor for over 30 years. She not only loves providing healing sessions for people, but also teaching them in order to give a deeper understanding of life-force energy.
In 1995 another encounter occurred at a sacred site in the UK where a long needle with a crystal on the end wasinserted into her brow chakra point. The purpose of this was another major download of information when she was asked by her ET family to write a book on ET/Earth human contact, but from the ET perspective. She fulfilled this mission when Human by Day, Zeta by Night was published in 2011 (Wild Flower Press) as a docu-drama.
In the year 2000, Judy was led to find the final piece to another book when Helene Kaye contacted Judy asking forassistance for her family who was going through intense, and initially frightening paranormal experiences. This activity turned out to be genuine extraterrestrial contact, aimed specifically at the two children of the family, during which a second Grey teacher made his presence known through Helene’s daughter. This “connection” led both women to understand their deep connection and to co-author The Zeta Message: Connecting All Beings in Oneness (Wild Flower Press, 2011), which explained not only Judy’s experiences, but Helene’s and her family’s as well.Not long after these books were released in 2011, Judy attended a meeting on an ET ship that involved a discussionon the past and present situation on Earth, including the hijacking of the planet many millennia ago. In light of this, a third book was suggested, to cover the ET history of Earth, the hijacking of the planet by a rebel force and the subsequent manipulation of scriptural accounts of events that took place in the distant past. In Extraterrestrial Presence on Earth: Lessons in History, details are given of how this subtle manipulation of human minds continues to this day.
It was at that time where Judy’s full comprehension that she was a blended soul surfaced, which allowed her to beconsciously aware of both her human and Zeta aspects.