In 1989, on a Monday, mid-February, Alec Newald, left Rotorua, New Zealand and hoped to arrive in Auckland, New Zealand within 3 hours. After arriving in Auckland, he felt tired, dizzy, and confused and shocked to learn he had arrived ten days later on a Thursday.Alec had no recollection of what occurred in the ten days, he couldn’t remember a thing. Later in life he began remembering things. He knew he was abducted by benevolent aliens and taken to their home on their world. His experience was friendly and he learned much about this alien race. 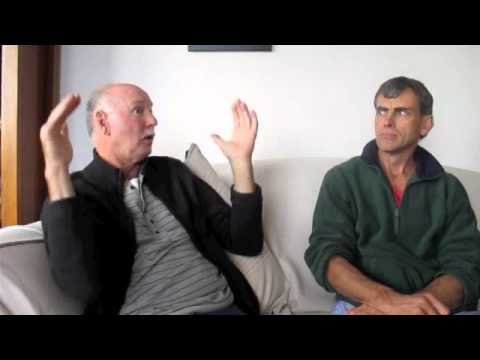 During the ten days on an alien planet, he learned this race had advanced organic technology that gave them the ability to grow your house and it’s environment. Alec also learned that the spaceships the aliens possessed were operated purely by their consciousness and melding. Alec described the aliens that brought him aboard the ship as human-like, but had the ability to raise their vibration with biological technology which caused their bodies to be less dense making it possible to travel through space. He learned while on their planet, that they could grow things by splicing plant and animal genes and would grow their homes with their minds. He revealed that the aliens did not eat, they drank a solution that looked like monatomic gold. The alien race claimed they were trying to gather DNA from life on Earth so they could integrate themselves with humans, but needed to develop a bio-suit to be able to accomplish this.Of course there are many more details that you can find in his book regarding his ten day experience, “Co-Evolution”.Though shortly after his return to earth, he received visits from government scientists asking questions about his experience. Alec did not cooperate with these scientists as it seemed that these scientists were already aware of his abductors. Alec claims he was harassed and told to never go public of his friendly encounter.

26 thoughts on “Alec Newald had no recollection of abduction”