When most people think of a witch, they envision an old, ugly, woman with a pointed nose and a broomstick. Not only do most view a witch’s appearance in a negative light… They also believe witches to be evil. I guess it’s human nature to fear the unknown… Though the history of witches will shed light on the unknown… 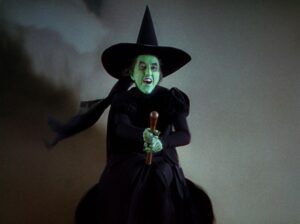 There is no specific date that we can trace back the history of witches. Though, it seems the earliest reference was in the bible, the book of Samuel. Some believe this was written between 931 B.C. and 721 B.C. In the book of Samuel, it states King Saul sought the help of the Witch of Endor to summon Samuel to help defeat the Philistine army.

In the 5th century AD the very influential theologian Saint Augustine of Hippo argued that witchcraft itself was an impossibility. He believed God was superior within the universe and left Satan and witches powerless. He believed the Pagans belief was an error and encouraged the Church to not pay any mind to spell casting or who was practicing witchcraft.

I know you’re already wondering, what exactly is a Pagan… The word Pagan is derived from the Latin word Paganus.  With a rough translation it means – an area outside the city. Small villages tucked away from the busyness of a city or for lack of better words, Country Folk. As Christianity spread, those who didn’t believe in God were labelled Pagans.

Paganism is often referred to as an Umbrella term as it describes multiple religious and spiritual beliefs. Many Pagan belief systems are often constructed using ancient belief systems, such as Hellenism, which is a polytheistic religion that believes the Gods are never changing, eternal. Some pagan belief systems are created by the Celtic Reconstructionism or the living religion Heathenry which is based on literary archaeological sources.

No matter the belief system it falls completely outside of Christianity, Judaism, Hinduism and Buddhism.

Basically anyone who didn’t worship a certain way, were labelled as Pagans… and depending on their practices, possibly labeled a witch. 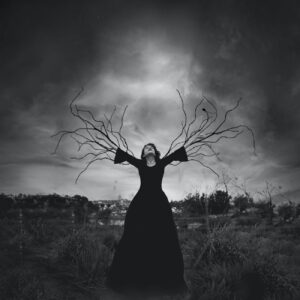 By the 7th through 9th century, the Church began to push lawmakers to create anti-witchcraft laws. Witchcraft became a crime against humanity and god.

In 744 a council created a list of superstitions that were now prohibited and punishable crimes. It included sacrifices of saints and required that demons be renounced. It also discussed a baptism ceremony that would include the Norse gods Thor and Odin.

Some of this was brought on by medieval lore that stated the Tempestarii had control over the weather.  The Tempestarii were weather making magicians who lived among others but had the ability to create storms as well as stop or prevent storms.

In 815 AD, bishop Agobard of Lyon wrote a piece called “On Hail and Thunder”, it was about the Tempestarii. The bishop didn’t believe the Tempestarii had any power. Villagers would often pay the Tempestarii, a form of storm insurance. Though if the Tempestarii failed to prevent a storm, the village would victimize or kill them.

As we came closer to the 13th century, witchcraft was believed to be practices that used spells, ointments and other supernatural healing techniques. Even including seeing the future through clairvoyance was considered witchcraft. By this time the Christian believers branded witchcraft as a form of demon worshipping. In 1208, Pope Innocent the 3rd allowed an attack on a group of heretics. A heretic is a person who differs in opinion from established religious dogma. This particular group believed in both God and Satan as well as the two entities both had powers and were at war with each other.

With the church continuously attacking this group, the public began to perceive Satan as a powerful evil force.

Later in 1273 a Dominican monk named Thomas Aquinas stated demons roamed the earth and would reap the sperm of men and spread it to women. This linked witchcraft and sex

By the 1400s, witch trials erupted in Europe. During the trials extreme torture was being inflicted on those believed to be practicing witchcraft, magical pacts or demon driven sexual misconduct. The torture led to confessions that were mind blowing. Some would actually admit to flying around on poles, or attending ceremonies that Satan himself led in the form of a goat. Some even stated that they kissed Satan’s anus as a display of their loyalty.

Most would just admit to casting spells on their neighbors, bringing on storms or having sex with animals. This would be when witchcraft officially became a crime.

In Germany, 1484, Pope Innocent stated that there were Satanists in Germany who were meeting with demons and casting spells to destroy crops, abort infants and possibly cast spells on officials. Obviously this statement fueled the trials further.

By the 1500s, it was full on hysteria. Mass executions began taking place. 500 accused witches had been burned to death in Geneva, Switzerland and just 9 years later, Como, Italy performed a 1000 executions.

So many crazy reasons why they believed and executed the accused, for example, King James VI of Scotland was to marry Princess Anne of Denmark, but Anne’s voyage to Scotland encountered a strong storm and she had to take refuge in Norway. He ended up travelling to her and they had their wedding at the Kronborg Castle in Denmark. On their voyage back to Scotland, they encountered another storm, the ship’s captain blamed it on witches. Once in Scotland, King James received a confession from six Danish women who claimed they caused the storm that disrupted his voyage.

This became the largest witch-hunt in British history. King James ordered dozens of witches to be burned at the stake. Later in the mid 1600s, France had their witch-hunt.

By 1682 England had executed it’s last witch and began a more peaceful period. Though an outbreak of hysteria over witches began in 1692 in Salem, Massachusetts.

There is no known reason as to why the Salem witch trials occurred. At that time Christian believers were very fearful the devil would find ways to destroy them. This kept them in a constant state of fear and unaccepting of any non-believers of Christianity.

More than 200 people were accused of witchcraft and 20 were executed.