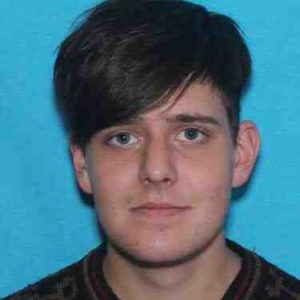 25 year old Max Greenfield grew up in the small town of Brookings, nestled on the border of Oregon, six miles outside of California. He loved his mom and his sister, and was described by many as soft spoken, kind, and creative. He dreamed of being an artist. Attending multiple colleges in the Southern California area, he finally moved to New York. Though after only a short time, he came back to Oregon and studied graphic design in Portland..Max struggled with substance abuse and self medicated as he suffered from mental health issues. In 2013, he was admitted into a mental health facility and later a detox center in 2017. Friday March 16th, his sister Tonya asked him to go to the movies in Crescent City, California. He informed her he was at the Lucky 7 casino in Smith River, California and they could meet up there. The Lucky 7 casino was a place that Max frequently visited as Brookings had very little to no entertainment for its residents, most escaped to surrounding towns for movies, shows, and entertainment. Tonya arrived at the lucky 7 casino at 6 pm and located Max, but he told her he just wasn’t interested in seeing a movie. He offered to have a beer with her instead, she agreed and after finishing their beers, he asked her to take him home. He would be home no later than 10:30 pm  that Friday night. Max made plans with his sister to see a movie on Sunday, March 18th. Saturday March 17th, Max’s mother, Andrea, got up and went to work. There is no information as to whether Max stayed in all day or not. After his mother came home from work, she placed his medications out in preparation for Max to take them the next morning, shortly after that she said goodnight to Max and went to bed around 9 or 10 pm. .Sunday March 18th, Max’s mother woke to see that Max had not taken his medications yet, but assumed he was still sleeping as she was heading to work at 6 am. Though, this was not the case, as Max was not in the home at this time. Saturday night, March 17th, sometime after his mother said goodnight, Max began sending messages via the Facebook messenger asking for a ride to the Lucky 7’s casino. 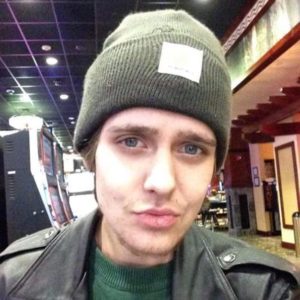 Around 11:40 pm a friend offered him a ride and during that ride, he messaged another friend asking her if she would be at the casino when he arrived. After being in the casino for some time, employees asked Max for his ID. He was unable to provide it and was asked to leave the casino. With very little money, no ID, and no car, he simply just hung around outside. Around 1:50 am, cameras record Max talking to a man in a leather jacket outside the casino, this man appeared to be holding a drink and listening to Max talk while taking sips of the drink. The man is Jason Ledford, there is little to no information out about him as authorities hold tight some of the pieces to this case.  Max was seen carrying a black duffle bag which contained art supplies and a bottle of Orange Crush and his cell phone in his other hand. Cameras record Jason walking away from the camera and Max followed. Another camera picked them walking towards Highway 101 and leaving the casino property. Roughly 16 minutes later, Jason Ledford came back into view of the cameras, but Max was not with him. This camera footage is the last time Max was ever seen. The next day, Sunday, March 18th, Max’s sister Tonya began to send him text messages regarding their plans to go to the movies that day. He did not respond, though it raised no alarms as he was known to do this at times. When Max’s mom came home, she began to worry, as his medications hadn’t been taken that morning. Assuming he went out the night before and hadn’t come home yet, she reached out to Tonya to ask if she knew his whereabouts. Neither worried as this wasn’t out of the normal for Max, though by the next day, he still had not come home. His sister Tonya created a post on Facebook regarding the whereabouts of her brother. The female friend Max had messaged on Facebook, asking if she would be at the casino, responded. She said she was there, but Max never arrived. On March 20th, the family contacted authorities to report Max missing. Though authorities did very little with this case as Max was a known substance abuser and would often wander off. It wasn’t until his sister Tonya found Facebook messages to show the police that he was making plans with others at the casino but was never heard from again. Authorities in Brookings, Oregon began working with Del Norte County Sheriffs in California as the disappearance happened in California.Once the camera footage was reviewed the Sheriff’s department stated it did not appear that he just ran away. When Tonya, Max’s sister saw the camera footage, she knew exactly who the man was in the footage, she knew his name was Jason Ledford and she immediately reached out to him on Facebook messenger. Jason Ledford told Tonya, he had not seen Max that night nor did he even know who Max was. Police went on to question Jason Ledford and he repeatedly stated that he did not know who Max was. The second time he was questioned, he stated he somewhat knew who Max was but didn’t know anything about that night. Of course authorities show Ledford the footage of him and Max and his story changes once again. Ledford now claims that Max wanted to walk but in a different direction than him and is unaware of where Max went after they parted ways. More review of camera footage, Ledford is seen going back into the casino after Max and him part ways, he stands in a hallway and appears to be panicking or terrified of something. Ledford continues to change his story. Stating he really didn’t know Max, well, or another story, he is afraid for his life if he talks too much.Many speculate that the duffle bag he was carrying was packed as a runaway bag and that he was planning to leave his life. Though his sister disagrees, she states his bag had art supplies in it and the girl he was planning to meet there was someone he often painted with. Once Chrissy Travis was questioned it appeared Jason Ledford was lying once more. Chrissy told police that Max and Jason were supposed to meet up with her at the casino that night and  head back to her house that evening. Jason was to provide the drugs for the evening including heroin. Max was surrounded by many hardened criminals in his circle.Authorities have stated they have an idea that this case is directly related to drug use and activity, but have no solid leads. As this investigation has gone on, Jason Ledford now claims he was close to Max and would have never harmed him. Max is a white adult male, about 6′ tall, 150-160 pounds, with brown hair, green eyes, and a skeleton key tattooed on his left forearm. He was last seen wearing black jeans, a dark t-shirt and black jacket and a dark knit stocking cap and a black duffel bag.If you have any information regarding Max Greenfield, please contact :Detective Jerrin Gill: (707) 465-2468
Del Norte County Sheriff’s office: (707) 464-4191