Highway Hypnosis or as some refer to it, White Line Fever. It is described as an altered state of mind that allows an individual to drive a vehicle safely, observing all, but having no memory of driving. 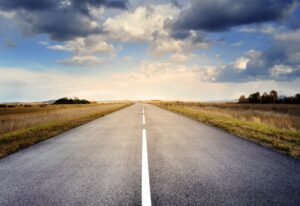 Drivers have driven hundreds of miles in this trance like state. The idea was first discussed in a 1921 article, but was labelled as road hypnotism. Several years later, in 1929 a study titled, Sleeping with the Eyes Open conducted by Walter Miles, discussed the possibilities of drivers falling asleep with their eyes open while continuing to operate the vehicle.  In the 1950s, auto accidents were more common and this idea came up again as a possible explanation. In 1963, G.W. Williams called titled this Highway Hypnosis and used theories developed by Ernest Hilgard. Ernest Hilgard was a psychologist and professor at Stanford University. He was well known for his research on hypnosis and how it could assist in controlling pain. Ernest Hilgard believed that hypnosis was an altered state of awareness and some could fall into hypnosis while being conscious, because the driver may have been dealing with other matters in their mind, causing a partial or total amnesia. This is how most describe Highway Hypnosis. Ultimately, Highway hypnosis falls under the category of automaticity, which is the ability to perform actions that you don’t consciously need to be thinking about. For example, riding a bike, walking, etc are all activities that we do without thinking now that we’ve mastered it. If you find yourself falling into a trance while driving, be sure to open a window, turn on the radio or engage in conversation with your passengers. Have you experienced highway hypnosis? Tell us about it in the comments!