The Clown Motel is located in the desert between Reno and Las Vegas, in the town of Tonopah. Tonopah holds nearly 2500 residents and doesn’t typically draw many tourists, but at one time it was a large and thriving town with a population of more than 50,000 residents and the 2nd richest silver strike occurred here as well. 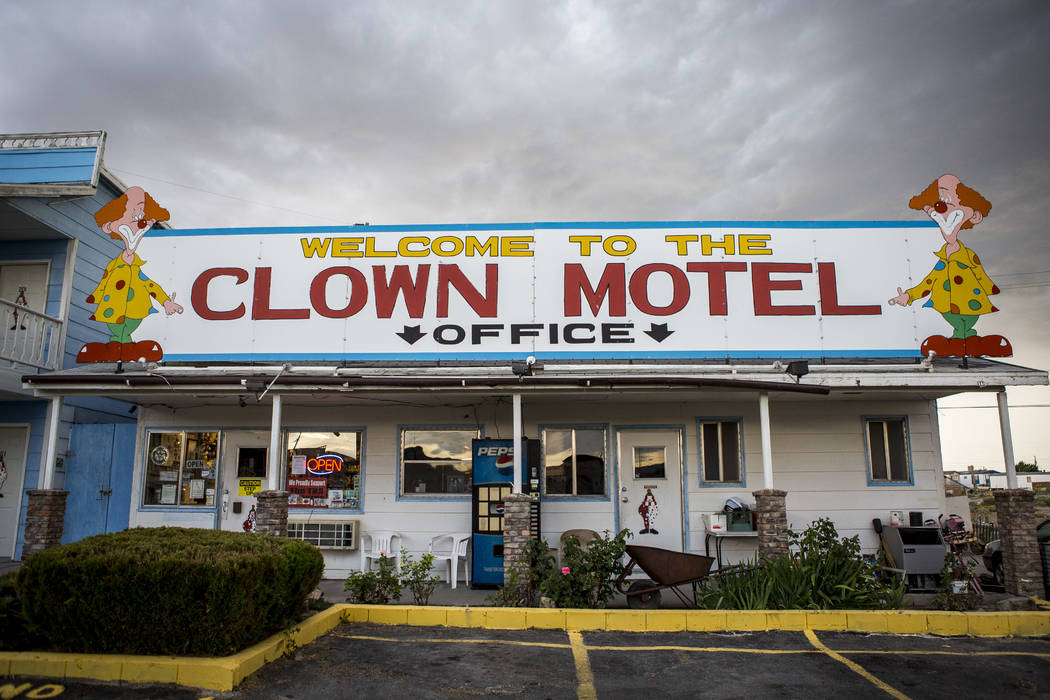 While a Clown Motel, seems a bit odd or even creepy, it becomes even creepier when you realize it’s located next door to a cemetery. The Cemetary was created in 1901 and hundreds of gold minors who suffered from the plague are buried among the wooden crosses.It is reported by travelers and tourists that the offices are adorned with life-size clowns, figurines, pictures and more. Every room is decorated with clown images as well.There hasn’t been any evidence or reports of the motel being haunted, though the cemetery next door has reported to have paranormal activity. There are some reviews on the net, but very few stories of The motel.. Though, professional writer, Christopher Sebela created a Kickstarter campaign in hopes that his fans would provide enough cash for him to live in the Clown Motel for one month and write about his experiences. This proved to be quite dangerous for the writer, as he received strange packages with his own home address, unhappy residents from the town and an overall dumb experience. https://twitter.com/xtop 521 N Main St, Tonopah, NV 89049 / Phone number: (775) 482-5920Have you visited the Clown Motel? Share your experiences with us!