The definition of stalking is, “A pattern of behavior directed at a specific person that would cause a reasonable person to feel fear. Laura Black was a 22 year old Electrical Engineer. In April of 1984 with a little under a year of experience in her field, she landed a job at Electromagnetic Systems Laboratory or as some refer to it, E.S.L. She moved to Sunnyvale, California with high hopes and dreams. Though almost immediately after starting the position she met coworker Richard Wade Farley. He was a 40 year old computer technician who very quickly became infatuated with Laura. He would later say he fell in love at first sight with her. 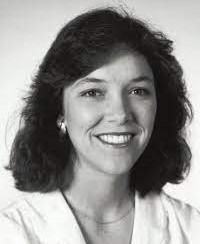 Laura had no interest in Richard. He was twice her age and she wanted to keep a professional relationship with him. Though he continually asked her out, left gifts on her desk, and cards. At one point he made her home made bread. Throughout the workday, he would call Laura’s phone constantly and ask what she was doing. Laura was overwhelmed with the unwanted attention, but it grew worse as the days went by. Richard even found Laura’s aerobics class and would watch through the window and in time he actually joined the class to be near her.At one point Richard befriended the custodial department to have the ability to copy Laura’s desk keys, so he could obtain personal information in her desk. It was believed that he may have pried through her personnel files as well. This is when he obtained Laura’s home address and phone number. He would drive by her house constantly. At times park across the street and just watch her homeRichard began writing letters to Laura at least twice a week, expressing his love for her, prompting her to move four times as well as change her phone number. Somehow, he always found her new address. By 1985, Laura went to ESL’s HR Department for help. HR sent Richard to psychological counseling. Though the stalking continued. In 1986, Richard’s work performance began to suffer and ESL finally fired him in May of 1986.Finding work at a rival company, he had more time to stalk and obsess over Laura. Becoming more aggressive with his methods of stalking, he once called Laura and asked her on a date. Once again, she said no, but that didn’t stop him from arriving at her home on the night of the date and she told him to leave. One day, he went to her home and spent hours trying to determine the code combination for her garage opener. Obviously unsuccessful, he attempted to rent the vacant unit next to hers, triggering her to move again. In one of the many letters he sent her, he wrote, “The shit has hit the fan… All because you thought I’m a joke and refuse to listen or understand that I am gravely serious.”

By 1987, Richard Farley had lost his home to foreclosure and was dealing with IRS investigators for unpaid back taxes, though, He continued his stalking and harassment of Laura Black.January of 1988, he placed a package on Laura’s windshield that contained the key to her home and a note. On February 2nd, 1988, Laura filed a temporary restraining order. It was granted by a family court judge. There would be a court date on February 17th, to make the order permanent. The restraining order sent Richard into a rage. On February 9th, 1988 he bought a shotgun and ammunition. Richard did respond to the restraining order. He sent information to Laura’s lawyer with allegations of a long term romantic relationship. His proof…. Receipts for dinners and recordings of phone chats. The lawyer dismissed this information. The day before the court date, Richard Farley drove his RV to ESL in Sunnyvale, California. He was in the motorhome for sometime in the 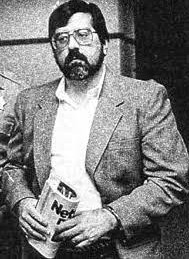 parking lot waiting for Laura to come out so he could convince her to drop the restraining order. He claimed that if she refused to drop it, he would then kill himself, but that is not what happened at all. At 3pm on February 16th, 1988, Richard loaded a .38 automatic, a .357 Magnum, a.22 Rifle and two shotguns. He wore a protective vest, leather gloves and earplugs as he entered the ESL building. He had every intention of killing. He shot at a side door to enter since his access was denied. He began shooting anyone in his way on his way to Laura’s office. Her office was on the second floor. When he arrived at her door, she slammed it in his face. He shot through the door and gained entry into her office. He shot Laura in her shoulder causing her to fall unconscious on the floor, he then left her to bleed out. Richard Farley remained in the ESL building for five hours. The SWAT team attempted to negotiate with him. During this period of time Laura regained consciousness and was able to stop her bleeding. She found other survivors who were hiding and together they escaped the building. Richard Farley finally surrendered but only after demanding a sandwich from Togo’s, a number 26 to be exact, and a Diet Pepsi. Shooting a total of 98 rounds, seven people died that day and four, including Laura were injured.The next day, Laura was granted a restraining order against Richard Farley. The court commissioner Lois Kittle made an emotional statement in the aftermath of the massacre, “Pieces of paper do not stop bullets.”As for Richard Farley… He admitted to the shooting but claimed it was never premeditated and he was only trying to get Laura’s attention as she continued to reject him. He stated he had planned to kill himself in front of her. Prosecution presented hundreds of letters he had sent Laura over the years, the receipts for the shotgun and ammunition he had made a week before the shooting, and the overall complaints of stalking. By October 21st, 1991, he was convicted on seven counts of first degree murder and sentenced to death.Richard Farley is currently in San Quentin Prison. From prison he wrote one last letter to Laura, stating that she had finally won.