Charles Harrelson was a son, a husband, a father and a hitman. While many would describe Harrelson as a gentle, romantic and funny man, these attributes don’t lessen the crimes committed..

On July 23rd, of 1938, Charles Harrelson was born. He was born in Texas to Alma Lee and Voyde Harrelson. He mostly had an uneventful childhood, but went on to make up for that as an adult.

Charles supported his family with his job as an encyclopedia salesman. Living in California at this time, he was also a professional gambler. In 1960, Charles’s first conviction occurred for armed robbery, in which he served 5 years.

By 1968, Charles had left his wife Diane with their three small sons. 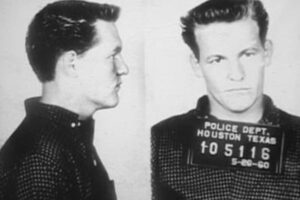 During 1968, it is believed that Charles murdered a Texas carpet salesman and gambler, Alan Harry Berg. In a book written by Berg’s brother David Berg, the murder was committed for $1500.

Alan Berg was lured out of a bar while having a few drinks, by a woman who had called the bar phone and offered Berg sexual favors. Evidence pointed towards a kidnapping and a murder.

Some believed the murder was committed as revenge against Alan Bergs father who had been talking bad of a former employee. Though there was significant evidence of Alan’s gambling debts.

On May 28th, 1968, Charles Harrelson was tried for the murder of Alan Harry Berg, but due to insufficient evidence, Charles was acquitted by a jury on September 22nd, 1970.

Late into the evening of July 11th, 1968, Sam Degelia was picked up by Charles Harrelson and Jerry Watkins and led to his death.

Scamardo created a plan. He would pay Charles $2000 to kill Sam Degelia. Pete and Sam had been best friends since the second grade and were currently business partners. Once Degelia was dead, Pete would collect on the $100,000 life insurance policy. Scamardo figured he would keep $50,000 by not paying any debts that were owed.

All were arrested in this crime. Pete Scamardo was tried and found guilty as an accomplice in the murder. He was sentenced to seven years of probation. Charles Harrelson’s trial ended in a mistrial. In 1973, he was retried, convicted and sentenced. He would only serve five years of a 15 year sentence, released in 1978 for good behavior. 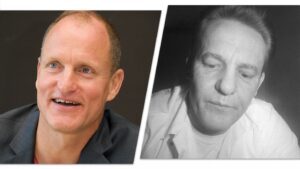 It wasn’t long after his 1978 parole that he was implicated in another murder. This time it wasn’t a gambler or business partners, but a U.S. District Judge.

On May 29th, 1979, Judge John H. Wood Jr. was shot in the parking lot of his townhouse in San Antonio, Texas. Charles was hired by a drug dealer from El Paso, Texas. Jamiel Chagra disliked the long sentences the judge assigned for drug offenses, so he had him killed. Chagra was to be in court the day the judge was murdered, but the trial had been delayed.

While Jamiel Chagra was in prison his brother Joe visited. The two had a conversation that was recorded. It was regarding the murder of the judge. This and an anonymous tip is what caught up with Charles Harrelson.

Charles was apprehended September of 1980 after a six hour police standoff. Charles was reportedly high on cocaine during this arrest and had threatened to commit suicide. He claimed he killed the Judge as well as John F. Kennedy.

The FBI did not believe Harrelson’s story of assassination to be true. This story wasn’t believed and Charles Harrelson was sentenced to two life terms in prison.

Charles didn’t stay quiet for long, July 4th, of 1995, he attempted to escape from the Atlanta Federal Penitentiary with two other inmates. Using a makeshift rope to escape, the attempt failed as they were shot at from the tower. Harrelson was transferred to Supermax prison in Marion, Illinois where he spent the rest of his life.

Charles Harrelson passed away on March 15th 2007. At age 68 he had suffered a heart attack.

Son Woody Harrelson reconciled with his father Charles in the early 80s. Woody had first learned of his fathers career in crime when he was 12 years old. Despite his fathers absence in his life and the career of crime, Woody, with the support of his wife Laura Louie maintained a relationship with his father after he was sentenced to prison.