Omaima Nelson was born in Egypt in 1968 and grew up in an impoverished Southern Egyptian Village. Her father was physically and sexually abusive to Omaima and her mother. His abuse even went as far as having Omaima’s genitals mutilated.

This is a common practice in Egypt and throughout India. It is to prevent women from having sex before they are married or allowed. Obviously in current times, the practice is opposed heavily. The procedure makes intercourse painful and uncomfortable.

Omaima’s mother finally chose to leave and divorce her father, moving them to Cairo, also  called the city of the dead. This city is built around a series of Islamic-era necropolises as well as cemeteries. This necropolis has grown over centuries and contains graves of the local populations as well as mausoleums of its historical elites and rulers

When Omaima turned 18, she met an American oil worker. Her mother encouraged her to marry him for a better life. Omaima was married and moved to the United States. While living together in Texas as a married couple, the marriage began to fall apart quickly.

Being so young and not having a good understanding of the English language, Omaima would go to bars and meet men in hopes of finding someone new to take care of her and give her some stability.

After her divorce, she found herself in California, in the Orange County area. Taking various jobs, With very little skills, it became difficult, but she took a job as a nanny, cleaning houses and even landed several modeling jobs to help get by. At times, she would meet men in bars and swindle money from them. 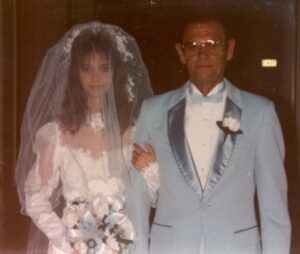 By 1991 she was only 23 and met a 56 year old Texas man named Bill Nelson. Bill and Omaima met at a bar. He was very flashy, driving a red Corvette, wore red cowboy boots and a large belt buckle. Many would describe him as vibrant and a bright presence. Though Bill was no angel, he was arrested in 1984 while he was a pilot for smuggling Marijuana on his flights.

Though it didn’t stop either from being attracted to one another. Omaima was attracted to older American men as she believed she would be treated well by them as well as have the ability to live a stable life with financial security. Bill claimed that he owned a cattle ranch in Texas and would often talk about his five children and seventeen grandchildren.  Bill and Omaima became infatuated and married only one month after meeting. Married in Phoenix Arizona by a justice of the peace. Their honeymoon consisted of a road trip to Texas and then to Arkansas so Bill could introduce his new bride to his family.

Omaima met Bill’s children, some of the children were older than Omaima. Sometime after their wedding, Omaima was bucked from a horse on a trip. She had a head injury but refused medical treatment. She took some aspirin, some vodka and went on with her day. <span
After the honeymoon road trip the newlyweds head back home to Orange County. Bill called his daughter to share how the trip went and invite her to their Thanksgiving dinner. His daughter stated she wouldn’t be able to make it to Thanksgiving.

Omaima and Bill held their own Thanksgiving dinner, but this would be the last meal Bill would ever eat. Omaima claims after their dinner, Bill tried to sexually assault her then strangle her. This led her to hit him with a lamp and stab him with a pair of scissors which killed him. Then hit him with a clothing iron until it broke into pieces. She claimed it was self defense.

But this is not where the story ends…

Omaima went on to put on a red dress and some red lipstick and proceeded to cut up her dead husband and cook his head and hands as well as castrate him. By December 1st, she had stored body parts in trash bags and decided she needed help getting rid of the body. She arrived at a former boyfriend’s home, Jose. The two dated for only a very short time. She told him her husband beat and raped her and she had no choice but to kill him. 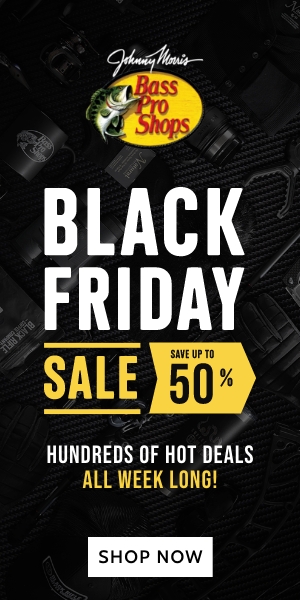 For his assistance, she offered Jose $75,000 and two motorcycles. Jose asked Omaima to wait a moment while he got his truck, though he was really calling 911.

When police arrived she stated she did not tell Jose any of this and stated her husband Bill was on a business trip in Florida. Officers felt her answers were off to their questions but she was cooperating. Officers noticed a bag in the passenger seat and during their search they found human organs, including what appeared to be human lungs.

>Arriving at the home of Bill and Omaima, officers found human hands in frying pans cooked together with white meat, turkey. The hands had been severed and fried in vegetable oils. More body parts had been found stored in the freezer.

During their search of the bedroom, investigators found that the bed posts had been broken and the bed and box spring were soaked with blood. They noticed bruising around BIll’s ankles, or what remained of them. This led authorities to wonder if he had been tied up for a period of time.

Authorities found a skinned human torso hanging from clothing  hangers in the bathroom. Neighbors stated that they had heard the garbage disposal running for multiple days for hours.

It is wondered if she disposed of some of Bill in the garbage disposal. His head was found wrapped in aluminum foil and his face had burns that would be consistent with boiling oil. Had she tried to deep fry his head as well? It is believed that Omaima ate some of Bill’s remains.

Omaima had claimed rape and self defense, so a rape exam was performed, but it came back negative and the only cuts and bruises on her body were consistent with somebody that was dismembering a body. 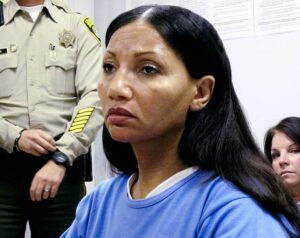 Omaima now began to change her story frequently. At first she insisted that these body parts were parts of someone that Bill had killed before leaving for his business trip in Florida. Then the story turned to… an ancient Egyptian demon told her to dismember Bill’s body.

Though investigators were still confused as to what happened to nearly 100 pounds of Bill’s remains. Omaima was sent to be evaluated by psychologists and stated to them that she cooked Bill’s ribs and dipped them in barbecue sauce. She stated that nothing was sweeter than the taste of her husband’s flesh.

Omaima later tried to take back the statements of cannibalism, but it wouldn’t matter, she was charged with second degree murder. She was also diagnosed with PTSD and as being psychotic. Sentenced to 28 years to life. Appeals have all been denied as well as parole. The parole board indicates that she has never taken responsibility for this horrific act so they believe Omaima is still a serious threat to the public.

There is not telling what actually happened here, was she psychotic? Or was this revenge for all men that had ever harmed her in life ? We may never really know and have to leave to the realms of the unexplained…