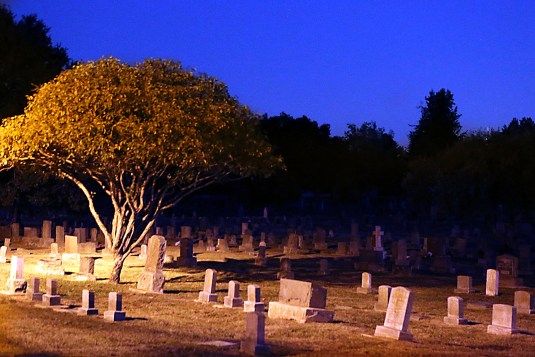 The legend begins with a German man living in Santa Cruz around 1870. He ordered a bride via mail.She was said to have been from Massachusetts. Once arriving in Santa Cruz, the two were married and settled into their home on Ocean Street. As with any good legend, there are a few variations. The first we heard was :The old man was a drunk and would force his bride to wear her wedding dress every night and he would beat her continuously. She attempted to escape this abusive marriage, but he found out she was planning to leave him and he beat her to death. A few of the other versions include : -She was killed by decapitation with an axe and some see her holding it now.
-She was trapped in her home and it caught fire. Though some say she was beaten to death and her drunk husband set the house on fire.
-She was buried under the slab of cement that still remains on the property. After the bride was murdered, many locals reported seeing the image of a woman in a wedding gown. Some even saw the woman in a blood soaked wedding gown carrying her head under her arm. Most report seeing her at Ocean Street Extension from Quail Crossing all the way to the memorial cemetery. Have you seen the White Lady of Ocean Street?!

15 thoughts on “The White Lady on Ocean Street in Santa Cruz, California…”