In 1858 William Hardaker was a local of Bradford, England. He spent his days selling candy from a stall in the Greenmarket.  Most of the townspeople knew him as Humbug Billy as he was most popular for his peppermint humbug candies. You’re wondering…. What’s a Humbug? A Humbug is a traditional candie that is hard boiled. Typically they are peppermint flavored and striped with two different colors. Often the colors are black and white and they are shaped like cylinders with rounded ends. They are twisted in cellophane when sold. It is said that Humbugs date all the way back to the 1820s.Billy often purchased his candies from Joseph Neal who made sweets a little ways down in the market. 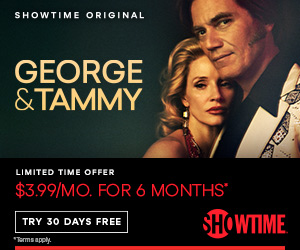 Joseph Neal made the peppermint humbugs with peppermint oil incorporated into a base of sugar and gum. Though at this time sugar was extremely expensive, leading Neal to often substitute powdered gypsum, also known as Daff. Using cheaper substances at this time was a common practice and names such as, ‘daff’, ‘multum’, ‘flash’, ‘stuff’ were used to hide this practice. On October 30th 1858, Joseph Neal sent a lodger that lived in his house and assisted him to  collect more daff to make William Hardaker’s humbugs. The lodger was James Archer. He would go to a local pharmacist named Charles Hodgson’s.  Hodgson’s Pharmacy was about 3 miles away. But when James Archer arrived he was unable to meet with the pharmacist, Charles Hodgson as he was ill. James would be assisted by the pharmacist’s assistant, William Goddard. William Goddard was a very young assistant and had to ask the ill pharmacist Charles Hodgson where  the daff was. He was told it was in a cask in the corner of the attic. Though the young and inexperienced assistant William Goddard sold James Archer 12 pounds of arsenic instead of daff by mistake. The 12 pounds were delivered to Joseph Neal to begin preparing the Humbug candies. Of course Joseph had employed an experienced sweetmaker by the name of James Appleton. During the production of these Humbug candies, the experienced sweetmaker, Appleton did not notice the difference between daff and arsenic. Though he did notice that the final product looked slightly different than other batches of humbugs. He paid no mind to it as he was feeling significantly ill during the production of these candies. Immediately after, he would become very ill for days after. Vomiting with pain in his arms and hands. He had no idea it was due to exposure to poison.After the Humbug candies were made, 40 pounds were sold to William Hardaker for his candy stand at the market. Once William had purchased them, he noticed the irregularities in them. They definitely didn’t look normal. Based on this he bought them at a discount. Before placing the candies out to sell, William tasted one of the sweets for himself and immediately became ill. During that day, he had sold up to 5 pounds of the candy. 21 people who purchased them died and 200 became ill with arsenic poisoning within 24 hours. At first many thought the first few deaths, which were two children, were related to cholera which was a huge issue in Britain at this time. Though within a short time it was realized that it was William Hardaker’s candy stand that was causing the problem. Authorities began tracing back where the arsenic came from. Which led them to the young pharmacist assistant, William Goddard. William Goddard was arrested and would stand before magistrates in court on November 1st. Later, Charles Hodgson the pharmacist and Joseph Neal would also be placed on trial for the charge of manslaughter. And Hodgson, the pharmacist, was acquitted in December 1858.This story seems to be just a tragic event… Poor choices and cutting corners led to disaster… Though there are some variations of this story. I saw on various social media platforms that William Hardaker, aka Billy Humbug knew the candy was poisoned and purposely distributed it to children. I didn’t find any proof of this… but who knows… Maybe it was an accident or possibly purposeful… Guess we leave this to the realms of the unexplained.