Were Barney and Betty Hill abducted by aliens? Or was this all a hoax?!Barney and Betty Hill were a loving couple, from Portsmouth, New Hampshire. On September, 19th, 1961, the couple claimed they were driving along US Route 3, on their way home from vacationing in Canada. It was a lonely country road, dark, and empty… but when they noticed a light moving throughout the sky behind their car, they pulled out the binoculars to get a better look. They described the light coming from some sort of craft. 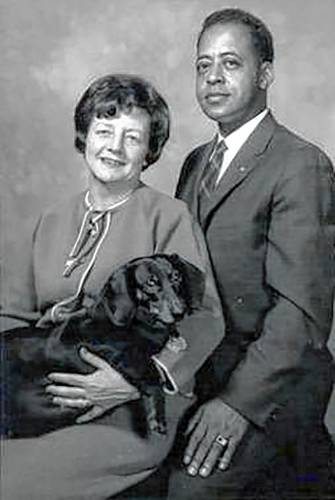 As the craft got closer, the couple got scared, so they sped off at high speeds to get away from the craft. Though, 2 hours later, it seemed they were only a short After that terrifying night, the couple began experiencing nightmares of being abducted by aliens. This was the first publicized abduction. It later became a best selling book,The Interrupted Journey.distance away from where they had seen the craft. On that fateful night of September 21st, Betty telephoned the Pease Air Force Base to report the encounter immediately after. Due to her fears of not being believed, Betty did not give all the facts to the Air Force base that night. In many subsequent interviews, Barney felt that he had developed some sort of “mental block”. He described in detail as much as he could remember about the craft and the non human figures on board. Approximately, ten days after the abduction, Betty began having nightmares. These dreams continued for five straight nights. She claims these dreams were incredibly intense and vivid. After the 5 nights, the dreams stopped and she never had one again. Barney wasn’t concerned about Betty’s dreams and they simply just didn’t talk about it. In November 1961, Betty began writing those dreams down. She wrote extreme details and a moment by moment account of either her dreams or actual abduction. Later, psychiatrists suggested that the abduction was a hallucination brought on by the stress of being an interracial couple. Betty fiercely denied this suggestions. In the 1990’s it was suggested that Barney’s memories were influenced by popular tv show, The Outer Limits. Currently… in the year of 2015, the columnist Robert Shaeffer released a 48 page archive of documents relating to Betty and Barney Hill’s abduction. Was this a real abduction or made up? Leave your thoughts in the comments.

3 thoughts on “Were Barney and Betty Hill abducted by aliens?”