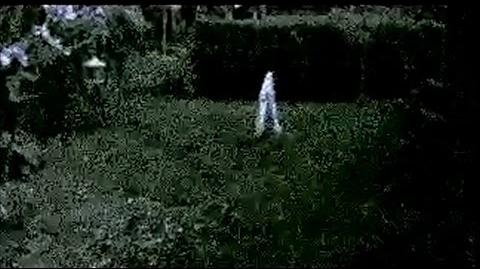 Born and raised here in California, I’m pretty aware of most of the crazy places, spooky locations, hauntings and urban legends! Though, one of the creepiest things I’ve ever witnessed has to be the Fresno Nightcrawlers. These mysterious entities are described as a pair of pants walking on it’s own! While there is plenty of video footage, no one seems to know what this entity is or if it’s a hoax?!It’s said that the first reports of this creature emerged in the 1990’s, and the first actual footage was recorded in 2008 by a man named Jose, a resident of Fresno. His family set up a security camera above their garage, due to their dogs constantly barking at night .That same year, Jose appeared at the 2008 MUFON Conference and discussed the evening the footage was recorded. Jose described what he saw in the footage, as a small creature walking and pause for a moment. When they finally reviewed the tape, they were shocked and called the police.  Nothing more came from this footage, no explanations, no positive proof of aliens… nothing. Though years later in 2011, the creatures were spotted on a residential security camera in the Yosemite National Park. While the footage in fresno wasn’t as clear, the Yosemite footage is very clear and gives us a closer look at unusual walking beings.

The footage was recorded by a retired couple living in Yosemite. They had troubles with break ins and began recording with a surveillance camera overnight. While some firmly believe this is a hoax and the footage was created, there just isn’t any proof one way or the other. There is also no eye-witnesses only video footage. Many compare the images to the Dr. Seuss tale, ‘What was I scared of’. The silly story is about a pair of pants that walk around town on it’s own. Whether the NightCrawlers are a hoax or not is unexplained!If you or anyone else have footage or information about these creatures, please send it our way!