Linda awoke in her apartment and saw a shadowy figure at the foot of her bed. It was watching her. She then claimed to have been floated out of her bedroom window by a large beam of light, right through the closed window.

Once Linda was abducted by this UFO, witnesses claim it flew to the East River and plunged into it, disappearing.

After being abducted, Linda found herself in an examination room surrounded by gray creatures. She lay one a table but then suddenly was back in her room where her husband was sound asleep. After some hypnotic sessions, she began to remember more about the abduction. Recalling how she was taken by the light through the ceiling of her apartment and that it felt as if she was standing but there was nothing to stand on.

Linda also remembered details of the inside of the ship, sliding doors, benches, lights and buttons. She described being led down a hall and placed on a table where a the aliens would perform a procedure on her. Later in time a doctor had indicated that Linda must have had nasal surgery, but she has no history of any type of surgery.

After the abduction, well respected UFO researcher, Budd Hopkins began investigating the case. During his investigation, he began to receive communications from two men, named Richard and Dan. The two men claim to be witnesses to the abduction of Linda and claimed that they were New York police officers working in the area at the time of the abduction. Though as time went on, Richard and Dan explained that they weren’t New York City Policemen, but actually bodyguards for Javier Perez de Cuellar, the United Nations Secretary General. The two claimed to have CIA connections but exhibited some odd behavior in the months after the abduction occurred. The two men claim they were driving the Security General when the vehicle stalled on the underpass of FDR drive. Linda’s apartment building was across from their vehicle allowing them to witness the abduction of Linda as well as the UFO plunging into the East River. Many others witnessed this as well and it was reported that the power went out and vehicles were affected. Many on the bridge witnessed this and screamed in panic.

By April of 1991, these two men kidnapped Linda. She was forced into a car when walking down the street, interrogated for hours, but was finally released without being harmed. Many months later, Dan came back and kidnapped Linda on his own. He believed she had something to do with the alien abduction and posed a threat. Linda was able to escape from Dan, but was recaptured by him shortly after on the beach.

Linda was positive Dan would drown her in the ocean, but Richard arrived and stopped Dan from harming her. Linda claims Richard sedated Dan and they all went back to Manhattan. Luckily she did not see Dan again, but Richard contacted her to tell her that Dan was extremely obsessed with her and the alien abduction and had to be hospitalized in a mental facility. The two men never came around or contacted her again.

As I mentioned earlier, there were several other witnesses. Some contacted Budd Hopkins, including a woman named Janet Kimble. Janet’s story was extremely similar to Dan and Richards. Her car stalled on the bridge and she witnessed the UFO abduct Linda and then plunge into the river. Though, at the time, Janet thought she was witnessing a movie being filmed with special effects.

A well known New York Journalist witnessed the event as well. This journalist reported that he was leaving a local bar that night when the event took place. He claimed to be unable to drive due to his drinking and asked the company driver to drive him home, but they were unable to drive as there were limos blocking the route. It is believed these limos were the cars carrying Dan, Richard and Javier Perez de Cuellar.

Another witness wrote an article about the event. Yancy Spence, was in the New York Post building with a few others and they witnessed the entire event. Later, he wrote the article, The Day Manhattan Stood Still. Yancy Spencer has discussed a theory…. What if all that witnessed were also abducted.

What do you think? Was this an elaborate hoax or a true alien abduction?

Were Barney and Betty Hill abducted by aliens? 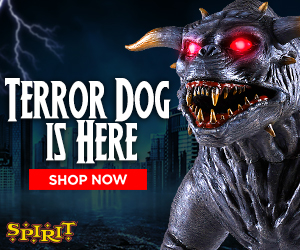 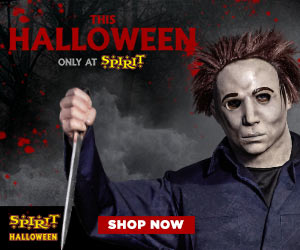