Is our government experimenting on animals, creating contagious diseases or even monsters….?When most people think of Plum Island, they think of monsters, cross bred animals and creatures from a horror movie. While this may be the case, there has been little proof or evidence except the few unidentified creatures that have washed ashore from the island. After World War II, the US Army Chemical Corps built a facility on the island. The isolation seemed convenient for the military facility. In 1954, prior to the completion of the facility, the US Department of Agriculture took over the structures  to study the highly contagious viral infection, foot and mouth disease. The goal was to research and create vaccines for this disease, but in 1969, President Nixon ordered all non-defensive research on biological weapons, to be stopped. Since this disease could be used in biological warfare, any re-creation of the disease would have stopped. Plum island only continued its research to eradicate the disease as well as many other contagious animal diseases. Plum island is home of the Plum Gut Lighthouse, Fort Terry, and the Plum Island Animal Disease Center. While the lighthouse is no longer used and the Fort used only through World War I as an artillery base for New York, the Animal Disease Center is still in full use. It is said that the facility is negatively pressurized, so air constantly flows in and never out, which keeps any airborne germs from leaving the facility.  The animals are kept in the center of the facility which is at an even lower pressure, which keeps the air flowing away from the scientists. When a scientist enters, they are required to use autoclave sterilized garments and must be scrubbed down with disinfectant when leaving. Always arriving and leaving in an airlock entrance. 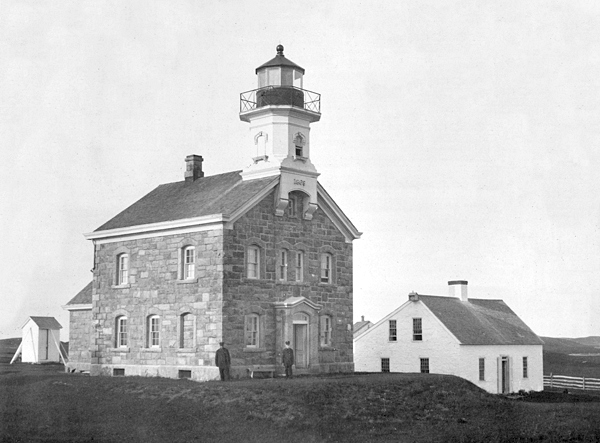 Fears that an enemy force could steal pathogens and infect our livestock, was great, so in 2003, the Department of homeland security became the administration for the island. In 2008, the island reduced it’s staff due to government budget cuts, and in 2010, the island has been listed for sale. Dept. of Homeland security plans to move the facility to a more secure location in Kansas. It is also rumored that the facility holds diseases such as Polio and hog cholera.Some theories indicate that Lyme disease was created on Plum Island and escaped as well as monster like creatures that were created. While there is no proof of this, there have been some odd dead animals that have washed up from the island. On July 23rd 2008, a woman from Montauk and three friends were looking for a place to sit at the Ditch Plains Beach, when they saw some people crowded around something on the beach. Jokingly, the friends laughed and wondered if it was something from Plum Island. This creature was not easily identified, but later an East Hampton Natural Resource Director concluded that it was a raccoon. Though, many don’t believe this creature is a raccoon. On March 30th 2011, another odd and unidentifiable creature was found in Northville, New York, discovered by a student, it resembled the Montauk Monster… In July 2012, a similar creature was found under the Brooklyn Bridge in the East River of New York City, this was called the East River Monster. In 2014, a creature of similar appearance was found on the beach of Santa Barbara, California. What do you think? Is the government experimenting on animals and creating monsters? Leave your comments below!