Ellen Rae Greenburg was also known as Ellie. She was a cheerful, 27 year old 1st grade teacher at Juniata Park Academy, located in Philadelphia, Pennsylvania. No one around Ellen was surprised when she chose a career in teaching, she was a loving and nurturing soul, who loved children. She was well liked by her students.

Leaving Harrisburg, Pennsylvania, Ellen moved to Philadelphia to begin her teaching career. Sometime after, she met Samuel Goldberg, who was a producer for the tv networks, working with Gladwyne to produce for the network NBC and later Golf.com. All seemed well in this relationship and after 3 years, the couple decided to get engaged, hoping to be married in August of 2011…

By January 26th 2011, Ellen was planning her wedding and working, nothing seemed amiss. Though on this particular day, a blizzard hit Philadelphia and Ellie was sent home from work early. She put gas in her car and headed home to her Venice Lofts apartment that she shared with Samuel.

Around 4:45 pm, Samuel told Ellen he was going to the apartment’s on-site gym. He was only gone for about 30 minutes. Arriving back to the apartment, he was unable to get in as the swing lock from inside was engaged. He could not fully open the door. Samuel shouted for his fiancé to open the door, then began calling and sending frantic texts to her phone. The texts you are now about to hear are Samuel Goldberg’s texts to Ellen.


Sam went down to the lobby and asked the security guard for assistance as he had been locked out of his apartment. The security guard was alone and refused to break down the door with Sam.

Sam returned to the security guard in the lobby several times, but the guard would not assist him. Finally breaking down the door himself, he entered his apartment and found Ellen in a sitting position on the kitchen floor. Her upper body was against the kitchen cabinets and her legs in front of her. Ellen had been stabbed 20 times. In her left hand she was holding a white towel that was immaculately clean considering the amount of blood that surrounded her.

On their kitchen counter was a half- eaten bowl of fruit. Ellen had a 10-inch serrated steak knife embedded several inches into her chest. She had been stabbed 20 times, eight in her chest, ten in the back of her neck, one stab wound to her abdomen and one across her scalp.

There were no signs of a struggle, no signs of an intruder or forced entry. Sam made a call to 911 at 6:33 pm. The operator told him to begin administering CPR.

He then told the operator that there was a knife sticking out of Ellen’s chest that he hadn’t noticed. He stated, “She must have fallen on it.” The operator told Sam not to continue with CPR.

Authorities pronounced Ellen dead by 6:40 pm. Examiners noted the stab wounds, but also 11 bruises in various stages of healing on Ellies right arm, right leg and her abdomen. With no suicide note, The medical examiner ruled this homicide.

Though, the couple lived on the 6th floor and even if someone had scaled their balcony, they found no evidence of this or footprints in the snow. Surveillance cameras picked nothing strange or suspicious. 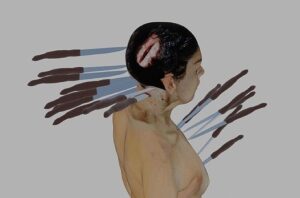 While investigating further, it was discovered that Ellen was having severe anxiety and had even asked her parents if she could just move home without Sam. Her parents noted during the investigation that something was bothering her but they couldn’t determine what it was.

Initially, law enforcement treated this as a a suicide which caused them not to process particular items at the scene, such as two knives in the sink. Could those knives have been used in the stabbings? They also didn’t use luminal, the chemical that shows blood even after it’s been cleaned. Could someone have attacked Ellen from behind and later cleaned the blood? I only mention this because the placement of the wounds seem to be almost impossible to have been inflicted by her.

Some time after the medical examiner ruled this a homicide, he changed his ruling to suicide, leaving the family powerless and stopping any further investigation. Ellen’s family asked to review the file, but the police department made that almost impossible. Stating they could come into the department and look at the file only. They would not be allowed to take pictures, notes or remove the file, but would only be able to sit down and look at it.

Ellen’s family just couldn’t stand by this ruling and feeling of helplessness. They hired their own team to investigate Ellen’s bizarre death. Their goal with their own investigation was to change the ruling of suicide back to homicide which would force law enforcement to continue investigating.

To assist in obtaining crime scene photos and the autopsy report, the family teamed up with former Pennsylvania attorney general, Walter Cohen. They then connected with Retired Dauphin County detective Tom Brennan, he agreed to take the case pro bono and re-investigate the case. He poured over the records and re-interviewed those who were involved.

Next, the family hired Cyril Wecht, a very well known forensic pathologist. Cyril has performed over 15,000 autopsy’s including the autopsies of JFK, Sharon Tate, and JonBenet Ramsey. Cyril Wecht was the president of the American Academy of Forensic Sciences and the American College of Legal Medicine. He also headed the board of trustees of the American Board of Legal Medicine. Within his career, he served as a County Commissioner and was Allegheny County Coroner and Medical Examiner in the Pittsburgh Metropolitan area.

Cyril Wecht may be remembered best for the harsh criticism of the findings in the JFK assasination. 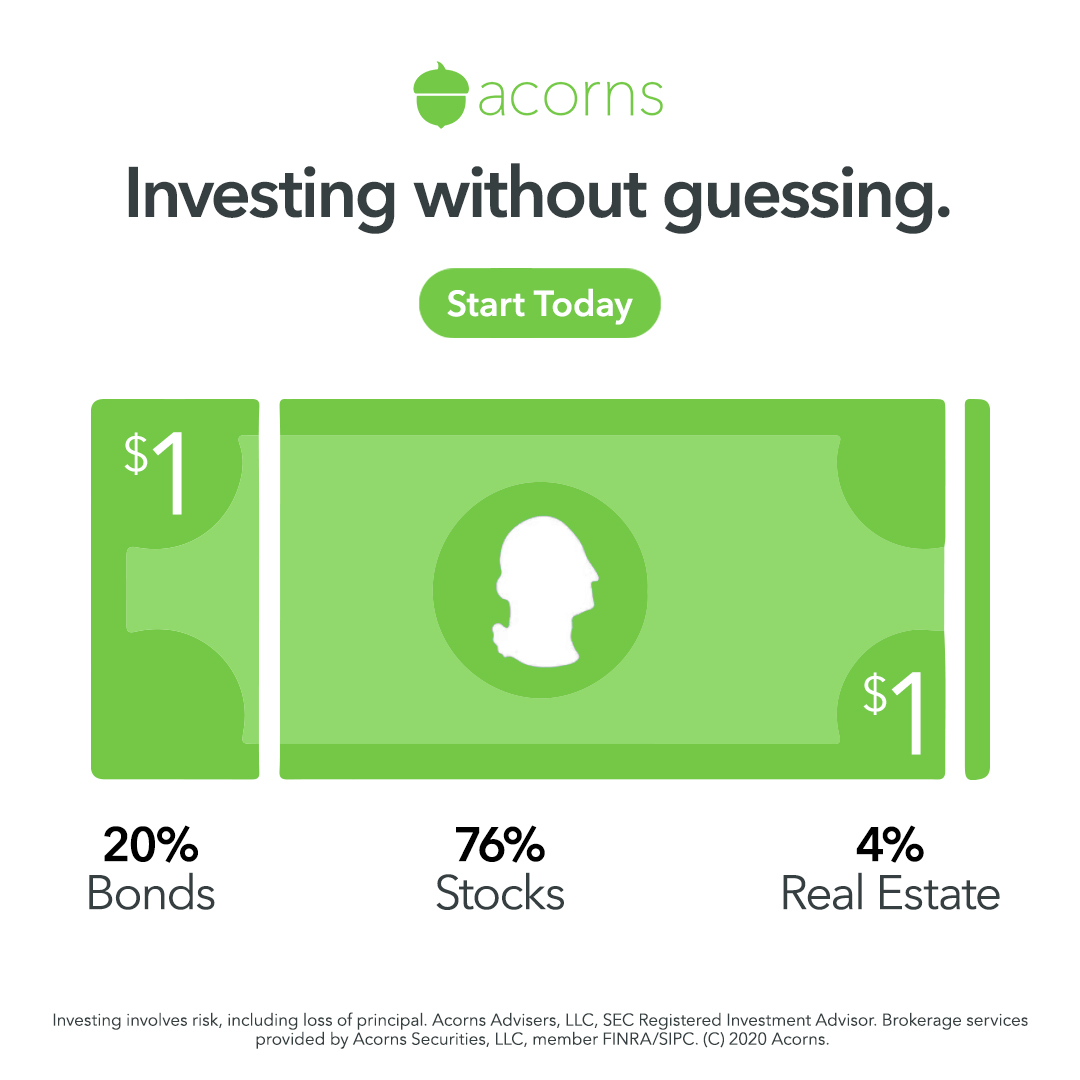 His reports on Ellen will be located at unexplainedrealms.com, though I can say, he did not believe this was a suicide, basing it on the location of the wounds in the back of her neck. Cyril stated those wounds were almost impossible to have been done by Ellen herself. Which disputes what authorities claim their own forensic pathologist stated the injuries could have been self inflicted as she stabbed the spinal cord rendering her paralyzed. This paralysis according to this pathologist would cause her to feel no pain and continue stabbing herself.

Though, another review of the cast came before the state Attorney General’s office and the conclusion was that Ellen was suffering from emotional troubles, seeing a therapist and claimed that searches were found on her computer, regarding methods of suicide.

The Greenbergs never believed there were searches of suicide on her computer. They took this case to the local and national media. Shows such as the Inside Edition quickly aired the case and the family went on to create social media pages.

The case has remained listed as a suicide. Though ten years later, in 2021, the Greenbergs family attorney Joe Podraza has stated he and the family now possess a forensic evaluation Ellen’s computer hard drive, showing she did not make any searches regarding death or suicide.

Authorities pathologist was also questioned about her statement that the injuries could have been self inflicted and it was determined this pathologist had never been involved in the case, though her name was used in the report.

Armed with new evidence and information, The Greenberg’s attorney will go to trial late in the year of 2021. His goal… to prove the death should be ruled a homicide not a suicide.

Did Ellen commit suicide by stabbing herself 20 times in the back of the neck and chest? Or was she a victim of a blitz attack giving her no ability to defend herself. I guess we will have to wait for the trial later this year… For now… we will leave this to the Realms of the Unexplained. 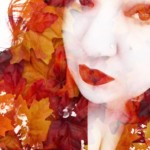