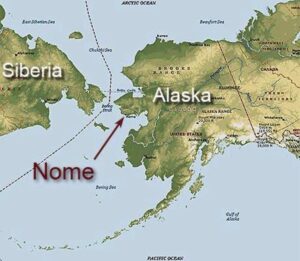 Nome, Alaska is a small town on the southern shore of the Seward Peninsula on Alaska’s western coast. It only has a population of around 4000. The Norton Sound is nearby which is part of the Bering Sea. There is only a distance of about 160 miles between the United States and Russia with the Bering Sea dividing us.There aren’t many options to come in and out of Nome. You either fly, come in by boat or in some cases drive. Nome dates back to the early 20th Century as it is famous for its gold mining and dogsled race.This town is unusually remote.

Though Nome has a significant importance to Northwest Alaska. It contains two airports, a harbor, two radio stations and a satellite campus for the University of Alaska Fairbanks. It is filled with major amenities for the tribal villages in its vicinity. A direct link to the modern world for tribes.

Though, from the 1960s into current times there are numbers of mysterious disappearances. Earlier on many male tribe members would simply just disappear. Like 21 year old Eric Apatiki. In October 2004 he left his tribal village on St. Lawrence island and headed to Nome. He had planned to visit his pregnant girlfriend as well as cash in a Permanent Dividend Fund check since Nome was the closest thing to a large city. The nativeInupiatvillage elders warned their tribe of Nome and stated all should be wary of this town. Eric continued on his journey despite the warnings and was never heard from again. He vanished without a trace. Around this time he wasn’t the only tribal villager to go missing and this caught the attention of the FBI. The FBI found no traces of any foul play, animal attacks and had no answers. Outside of the tribal disappearances, there was the unexplained disappearance of Ernest Saccheus. There are little to no details in this disappearance. Though the last place Ernest was seen in 1987 was the Polaris Hotel, in Nome. The 24 year old man was last seen leaving the hotel and was never heard from or seen again…This next one it’s possible to have had something go wrong and no one would see. John Koezuna was reported missing in December 2010, by family after he had left a notice at the family’s cabin indicating that he would be walking to Nome from their Cape Wooley cabin. He was familiar with the area and was known to go on long walks alone. Searches produced not even a trace of John, however, the December snow made the search efforts difficult.

Moving on to 2016, 36 year old Joseph Balderas, an experienced outdoorsman, was last seen at mile marker 44 along the Nome-Council Highway on June 26, 2016. The following day he didn’t show up for work and was reported missing. Since several had seen his truck on the side of the highway, it wasn’t hard to find the truck. Search crews worked tirelessly to find Joseph. The Sheriff stated he yelled with a mega phone by the truck and the river. He later stated that he felt something was really off about the scene.  Even dogs were brought in. They picked up his scent by the truck but it never led them anywhere away from the truck. It was as if he vanished from thin air.  Later a court declared a presumptive death, but his family believes foul play as well as the private investigator the family hired. Joseph was planning to move to Juneau later in the year that he went missing and open a law practice and marry his fiancé.  Then of course this next one is just completely bizarre. On August 30th 2020 Florence Helen Okpealuk was camping in a tent very close to town near the ocean, she could have easily been seen by some in town. Florence was seen in this tent by a few passersby on September 1st, 2020. The next day her parents were unable to locate her and reported her missing. When authorities located her tent, it was undisturbed. Her jacket and shoes were left behind outside the tent. There were major search efforts by helicopter and ground search and even a submarine robot. To this day no one knows where the 33 year old disappeared to.These particular missing person cases took place in and very near Nome, but there is one that stuck out to me because of one detail… The one detail was something that occurred in Florence’s disappearance as well. 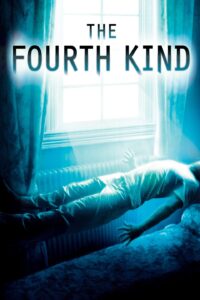 The town of Wasilla in Alaska is about 537 miles away from Nome. It would take an hour to fly there. 15 year old Michael Palmer was riding his bike with three friends after a late night party that they snuck off to. As they rode home it was about 4 am. The boys had a few beers and at one point became separated from Michael. He was later reported missing and after extensive searches, his bike and shoes were found. Even though this happened a significant distance from Nome in Wasilla a coincidental piece of information sort of ties the two together… But assists in possible theories we will get to later… Based on the missing persons cases in Nome, a pretty popular movie was created…
The Fourth Kind. It was created in a documentary style and of course sprinkled with Hollywood, but as you can guess… It’s blaming the mysterious disappearances in Nome on Alien abductions. Obviously here at Unexplained Realms, anything is possible, but moving on to some theories… There is a heavy theory that has always floated around…. Of a potential serial killer in the area. Another theory or more like a legend is The Kushtaka. It was believed that otters are actually shape-shifters and they shift into the form of men. Then they lure and trap their victims’ souls in order to prevent them from reincarnating. This legend dates back at least 10,000 years, originating among The Tlingit people, indigenous peoples of the Pacific Northwest Coast of North America. Tlingit means People of the Tides. 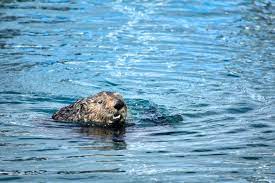 They believed that the Kushtaka lured their victims in by making noises that sounded like a woman or a child in distress. They warned that the Kushtaka deceived people with their cute appearance and playful nature, but they were evil shape-shifters that simply wanted to consume your soul and leave you wandering the frozen tundra for eternity.Oddly enough, Kushtaka are terrified of dogs. And those that own dogs would be safe. I’m not invested in this theory either. However, I’m not sure I believe the serial killer theory either… It’s said that people started going missing in the 1960s and continue to go missing in current times… Could that be just one person for all those years?The alien theory… Maybe, we are pretty open minded here at the show, but one thing is clear, the movie created about the town was completely false. It was a pseudo-documentary, just like the Blair Witch project. It claims there was some alien invasion in Nome, Alaska, but there was not. I’m not saying these disappearances are not connected to aliens, but the movie is not real at all. What do you think? Are these disappearances the work of a serial killer? A shape-shifting mythical creature or various alien abductions? Let us know… But for now… We will just leave this to the realms of the unexplained.