Is this forest haunted or is it all Lore?!The Hoia Baciu Forest is located in Romania and is often referred to as Romania’s Bermuda Triangle. There have been reports of paranormal activity, ghost sightings, faces appearing in photographs and many UFO sightings. 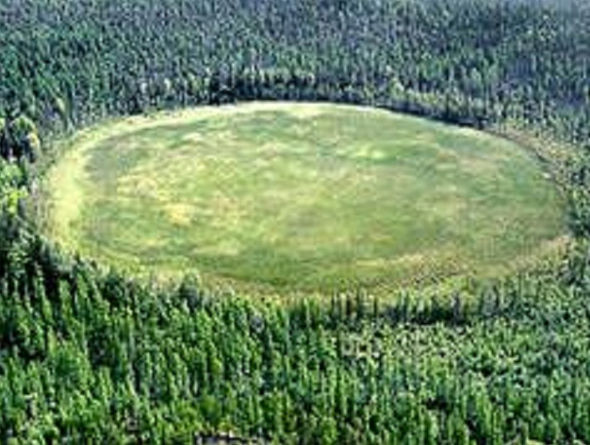 The forest gained it’s name from a shepherd who disappeared while herding a flock of 200 sheep. Locals avoided the forest due to lore and legends surrounding the missing shepherd, but the forest gained it’s major notoriety in the 1960s when biologist, Alexandru Sift photographed a flying disc-shaped object above the forest, which prompted him to walk through the wide forest taking photos of anything out of the ordinary. This resulted in nearly 60,000 photographs that had captured, lights, silhouettes, and shapes floating between the trees. Then later in 1968, Emil Barnea, a military technician, photographed an object flying over the forest, it was shaped like a saucer.In the 70s, there were many, many sightings of UFO in the forest. In current times, some have reported that the paranormal energy of the forest has created a poltergeist and tons of ghost activity. Many visitors to the forest feel that they are struck with nausea, anxiety, headaches, upon entering the forest.  The trees in this forest have been known to be twisted and bent into odd shapes and trunks at times are intertwined in a very odd way. Visitors also report a silence within the forest, no trees rustling, no birds singing, or sounds of animals. Many visitors report electronics malfunctioning upon entering the forest. There is a circular clearing amidst the forest that is said to be the most haunted. There are rumors that this is a landing place for UFOs. Lights have been reported to have been seen frequently coming from that area. In 2002 two Cluj citizens filmed a UFO from the top floor of a building on the edge of Manastur district. The film was 27 seconds, and the object was shaped like a cigar, it moved about 50 meters. The object moved up and down until it went into a mass of clouds and then disappeared. Some believe the forest is a portal to other universes or realms. What do you think? Is the forest haunted or all just lore?! Share your photos with us if you’ve visited the forest!