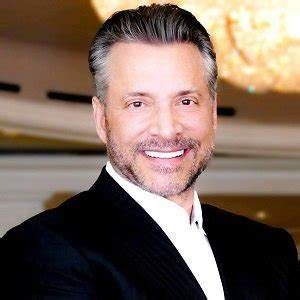 James Arthur Ray had anything but a picturesque childhood. One could describe it as impoverished and difficult. His father was a preacher at the Red Fork Church of God, in Tulsa, Oklahoma and oftentimes his father struggled financially unable to even pay for a haircut for James and his brother. As an adult, James Ray was much more successful than his father, financially. A college dropout, but still employable, James worked at AT&T full time.Some time in the 1990’s, he began teaching Stephen Covey[1] motivational seminars part time. Though the Covey foundation claims there is no record of James Ray working for the actual  foundation.James had a website developed citing him as a self-published author and motivational speaker. His website also cites that he obtained collegiate learning, despite his drop out from Tulsa Junior College. Believing the  Law of Attraction, he often described his teachings as a mixture of spirituality, quantum physics and motivational speaking. James believed thoughts could become things.  He often spoke about personal responsibility and advocated for a new thought process, believing that positive thinking could heal physical ailments and willpower alone could prevent all illness as well as a belief that people could transmit thoughts into the universe to create a new reality. Obviously this way of thinking and healing methods raised concerns among many. In 2000, Ray contacted sales expert Grant Cadone to assist him in increasing his sales for seminars and ceremonies. Cardone warned him to only practice safe methods of healing, but Ray incorporated fasting, fire walking, sleep deprivation, glass walking and sweat lodge ceremonies into his programs. In 2005, several of attendees would report unsafe business practices and lack of proper medical staff. During a quasi-martial arts board breaking, a New Jersey woman severely injured her hand. This seminar was held in Florida at Walt Disney World.James continuously advocated heavily the Law of Attraction and  in 2006, he became one of the many motivational speakers to speak in the film, “The Secret”, which is wholly about the law of attraction. Shortly after, he also appeared on Larry King Live, the Today Show and Oprah. In 2006 James Ray held a seminar called, “Spiritual Warrior”, asking attendees to sign waivers prior to participation. Attendees were then asked to put the sharp point of an archery arrow against their neck and to lean into the tip. One attendee suffered an injury to his eyebrow area during this exercise.  At the same “Spiritual Warrior” seminar, the fire department responded to an emergency call. A 42 year old male participant had become unconscious after a sweat lodge exercise. At another seminar, attendees were instructed to dress as homeless people and for unknown reasons, a female attendee jumped to her death at the Horton Plaza Mall in San Diego.While these seminars were regarded as highly unsafe, attendees still paid and attended. In 2009, James Ray’s actions became criminal. In October 2009, at his “Spiritual Warrior” retreat hosted in Yavapai County outside Sedona, Arizona. The cost was $10, 000 per attendee and were instructed to fast for 36 hours, during the “vision quest” of the program. During the “vision quest” the attendees were left with simply sleeping back in the Arizona desert, but one could purchase a Peruvian poncho for $250. Ray would explain to his attendees that it would feel like they were dying, but they wouldn’t die.Once the fasting portion of the program was complete, the attendee was given a buffet breakfast. The next piece of the program required the attendee to enter a nontraditional sweat lodge. The attendees had been without water for two days prior to entering the sweat lodge. During the time in the sweat lodge, participants suffered from dehydration, breathing problems, kidney failure, high body temperatures, etc. 18 participants were hospitalized and 3 died. 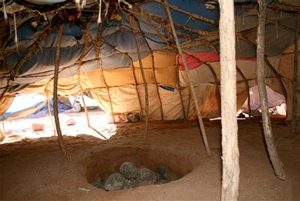 Authorities responded to this emergency in Yavapai County and found dozens of people wandering aimlessly while some were unconscious on the ground. Some women had even shaved their heads, and the local sheriff believed they had come upon a cult. After the sweat house deaths, James Ray immediately left Arizona and did not speak to authorities. In  2013, Ray admitted on the Piers Morgan show that he left because he was scared. Investigations of the incident proved that there were no permits to build this sweat lodge and authorities changed the investigation title to homicide investigation. Multiple wrongful death suits were filed and James Ray was arrested in connection with the 2 deaths, February 3rd, 2010. His bond was set to $5 million. The court proceedings began on May 1st, 2011. During the proceeding, 34 witnesses took the stand for 43 days of testimony. James Ray was found guilty on 3 counts of negligent homicide on June 22, 2011. He was sentenced to two years in prison. He served his two years in the Arizona state prison and was released July 12, 2013.November 2013, James Ray re-created his self help business, announcing it live on the Piers Morgan Live show.  In December of 2013, Piers Morgan’s manager, John Ferriter became James Ray’s manager and contact. In 2020, James Arthur Ray is still holding events and seminars with a very active website, https://www.jamesray.com/ he even invites you to become a coach…

[1] Stephen Covey was an American author, educator and businessman and often a keynote speaker. With several popular books, he was named one of the 25 most influential people by Time magazine in 1996. When Stephen Covey passed, he was a professor at Utah State University, within the School of Business.