The  Adam Walsh disappearance and murder in the minds of most has been solved. Though there are some who hold their doubts. Serial killer Ottis Toole confessed to the murder of Adam Walsh, but many feel strongly that Toole is not the killer. Adam Walsh went missing on July 27th, 1981, during a shopping trip to the Hollywood Mall in Hollywood, Florida. Reve, his mother entered the mall through the North entrance with Adam and began their shopping at Sears.  As Reve questioned a sales associate about a lamp on sale, Adam stood at an Atari video game display, there were several other children playing the console and taking turns. When arriving back to the video game kiosk, Reve found that all of the boys, including Adam were gone. She was informed that a minor fight had broken out among the boys regarding taking turns and security asked them all to leave and assumed Adam had come with the other boys. The group of boys left the store through the West entrance.Adam would have been unfamiliar with this exit and was left alone outside the store. Reve asked the store to page him over the store wide speakers. During her frantic search she ran into Adams paternal grandmother who was also shopping at the mall. The two searched for over 90 minutes with no success and then called police. Many describe a man resembling Dahmer at the mall that day struggling with a child near a Blue Van. We have separated the two killers. Who do you think committed this horrible crime. 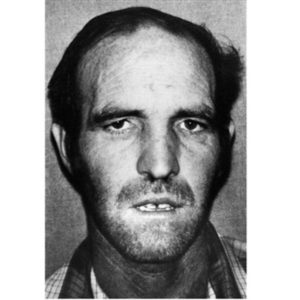 Ottis Toole has been termed a drifter as well as a serial killer. When finally convicted, he was convicted of six counts of murder. Toole did not work alone, his accomplice, Henry Lee Lucas was also convicted of multiple murders. The two would often confess to murders, but later recant them, this caused many to wonder if these two were in fact serial killers or simply, mentally ill.

During the Adam Walsh disappearance, Toole, confessed to the murder, and Lucas backed him up, stating he had the severed head. Though Toole claimed that he lured Adam Walsh by offering him toys and candy and once the boy came along with him, he began to cry and Toole claimed to have punched him in the face. When the cried harder, Toole beat him and knocked him out. He claims to have then driven the boy to a rural area and decapitate him. Driving around with the child’s severed head in his car, he forgot about it, when rediscovering it, he threw the head into a nearby canal.

When the head was found, it was a clean cut, that appeared to have been by a medical instrument. Ottis Toole claimed to have used a machete. Nevertheless, Toole had an IQ of 75, making it unlikely for him to posses the skill to use medical a instrument.

Later, when the car was needed for further investigation, it appears the police department lost the car and blood stained carpet, leaving the investigation with no actual evidence.

Ottis Toole was arrested and convicted on crimes unrelated to Adam Walsh’s disappearance and murder. He later confessed that he had kidnapped and murdered Adam, but also recanted the statement only to later confess again to his niece on his deathbed. Ottis Toole died at the age of 49, from cirrhosis of the liver.

While Toole claims to have murdered thousands, his confessions of the Adam Walsh murder were never consistant. One minute he claimed to have lured the child with candy, but in another statement or interview he claimed he used a baseball glove. Toole even attempted to lead authorities to the body, but the days of searching led to no results. 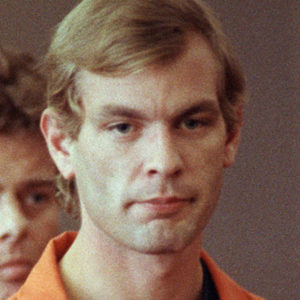 Jeffrey Dahmer was an American serial killer who was known to rape, murder and dismember his victims. Between 1978 to 1991, it is documented that Dahmer dismembered 17 men and boys.

Dahmer was often referred to as the Milwaukee Cannibal or Milwaukee Monster and murders that occurred later in his life often involved necrophilia, cannibalism and preservation of his victims body parts.

While there is no hard evidence that Dahmer had anything to do with Adam Walsh’s disappearance, there a few details that are hard to overlook. For example, Dahmer lived in Sunny Isles Beach, which is roughly 15 minutes from the Hollywood, Florida mall that Adam was abducted from.

The next detail that was hard to overlook, was the blue van. Dahmer worked for a sandwich shop at that time and drove the blue delivery van.

On the day of the abduction, many witnesses report seeing a blue van at the mall and a man that looked like Dahmer.

While the true identity of the killer may never be revealed, it will always make us speculate on the details. Adam’s body was never found, but on August 10th, 1981, his severed head was found near mile marker 130 northbound at the Florida turnpike.

7 thoughts on “Who killed Adam”