The movie Jennifer’s Body starts out with the character Jennifer, played by Megan Fox, being murdered by a group of teens. They were part of a rock band and believed they needed to sacrifice a virgin to achieve fame and fortune.

While that’s a movie… A very real version of this occurred in 1995 to a young student named Elyse Pahler. 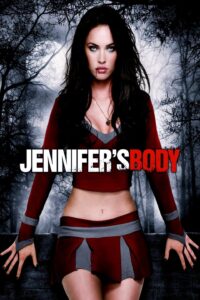 On the night of her disappearance, she was watching tv with her family. A phone call came in for her. She took the call in private. Then told her family she was going to bed. Though she did not go to bed, instead she placed her pillows under her blanket and made it appear that she was in bed. Elyse then snuck out of the house.

By the next morning, her family found her bed and pillows as she left it and realized she had left the home, so they called the police. Though the police treated this as a runaway situation and figured she would come home eventually.

Though… for nearly 9 months, there were no signs of Elyse, until one day 17 year old Royce Casey went to the police station to confess to being a part of Elyse’s murder along side two friends. He stated that he was filled with guilt and also believed his two other friends were planning to murder him next. 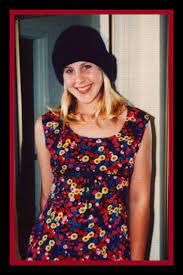 The three young men lured Elyse from her house on the night she went missing by calling and offering weed, alcohol and to party. They knew she enjoyed taking part in these activities as they had seen her at parties and would often hang out with her and take part in these activities. In fact she had bumped into Jacob at a house party the night before her disappearance and had planned to hang out with him and the others the next evening.

Jacob Delashmutt had also encountered Elyse in a rehab at one time, furthering their connection and her trust in him.

On this night their intentions were not to smoke weed and hang out with Elyse, rather, it was to ambush her and use her as a sacrifice to the devil in order to allow their heavy metal band, named, could achieve the level of “craziness” that was needed to “go professional”.

Elyse had snuck out of her house the night she went missing, stuffing her bed with pillows. She left her home wearing only sweatpants, a sweat shirt and no shoes.

When Elyse arrived at the eucalyptus field they agreed to meet at, she never actually did any drugs with the boys. Instead, she was strangled with Jacob’s belt, while Royce held her down and Joseph stabbed her in the neck. The three then took turns stabbing her repeatedly.

While she was on the ground bleeding, she was praying and yelling for her mom, they continued to end her life, by stomping on her neck.

Nearly 9 months passed before Elyse’s body was found. By this time Royce had pulled away from the other boys and found god. Then confessed. He was fearful for his own life because Jacob and Joseph had stated “She wouldn’t be the only one, there would be others.” He feared that it could mean him as well.

During his confession he told investigators that the three of them had planned the entire murder over a period of a month while listening to the band Slayer and other death metal bands. 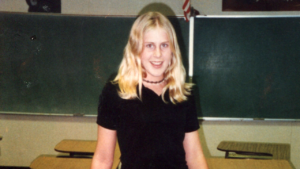 During Royce’s confession he told investigators that they actually had tried to kill Elyse once before, but failed. They had asked her to go for a walk with them once near a ravine on the Mesa. One boy acted as if he slipped into the ravine and attempted to get her to come down and help him while Joseph took out a knife and tossed it to him in the ravine. Though he didn’t go through with the stabbing.

Elyse never made mention to anyone of this incident and obviously wasn’t afraid of them as she continued to meet with them, smoke pot together and even meet them on the night she was murdered.

Investigators asked why they chose Elyse and he stated, “She had blond hair and blue eyes. And because she was a virgin, she would be a perfect sacrifice for the Devil.”

“The ultimate sin against God,”  He also stated they were most inspired by the Slayer song “Altar of Sacrifice”.

The three had a heavy interest in Satanism and would break into cemeteries, rob graves, though the youngest of the trio, Joseph Fiorella was apparently the leader. Collecting books and educating himself on satanism.

It was later found that Royce Casey kept a journal. Investigators found an entry dated three months after the murder and it said :

“I’m fighting on the other side now. Allied with the darkened souls. Satan’s raised and shall conquer and reign . . . In the Bible it says that in the end Lucifer will bring out his best in everything, music, love, murder . . . All the psycho serial killers and rapists don’t know that if they would just build an altar of sacrifice and kill the person on the alter and then have repeated sex with the corpse. Virgin meat is the ultimate sacrifice.”

After the trials and sentencing Elyse’s parents, David and Lisanne Pahler claimed the song “Postmortem” and “Dead Skin Mask” by Slayer assisted the killers by giving instructions in the lyrics, to stalk, rape, torture as well as commit acts of necrophilia. They filed a lawsuit against Slayer. Though the judge ultimately threw the case out, stating that there was no legal position to make Slayer responsible for Elyse’s death.

This didn’t stop Davide and Lisanne from filing a second lawsuit against the band Slayer for knowingly distributing harmful material to minors. Once again it was dismissed. The judge stated Slayer’s music was not obscene, indecent or harmful to minors.

What really leads teenage boys to attack a young woman so viciously without remorse. Could it be the drugs, they were regular users of meth and acid… Or is it truly the influence of death metal music that includes satanic lyrics?