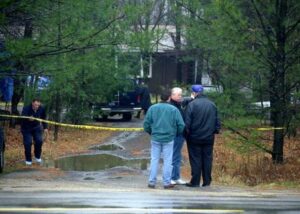 The Murder of Kristy Bamu