How far do your beliefs take you in life? Mix a belief system, unhappiness with your own life and new  love and this could lead your mind far away from everything you’ve ever known. Could this be what happened to Lori Vallow? Join us while we discuss the life and string of deaths that trailed behind Lori Vallow.

Lori Norene Cox was born on June 26th, 1973 in San Bernardino, California. Nothing significant is noted in her childhood or teen years. In 1992, though she was only 19 years old, she married her high school boyfriend, Nelson Yanes. This marriage didn’t last long and ended in divorce.

By 2001, 28 year old Lori was now a single mother, but married once again. This time marrying Joseph Anthony Ryan Jr. During this marriage, Joseph Ryan legally adopted Lori’s son, Colby and then the couple went on to have a child of their own. Their daughter, Tylee was born in 2002 but the couple filed for divorce in August of 2004 and finalized it in 2005.

By 2007, Lori’s brother, Alex Cox attacked Lori’s former husband Joseph Ryan. Stating his actions were based on Lori’s allegations of abuse towards her and the children. Alex Cox was sentenced to 90 days after pleading guilty. Serving his time in Austin Texas.

By February of 2006, Lori was married again to Leland Anthony Vallow, who was also known as Charles Vallow. Charles was a lifelong Catholic, but upon marrying Lori, he converted to her faith and became a member of The Church of Jesus Christ of Latter-day Saints alongside Lori.

Charles had two sons from a previous marriage and in 2013, Lori and Charles had adopted his grandnephew, Joshua Jaxon Vallow or also known as JJ. In late 2014, the couple moved their family to the Hawaiian island, Kauai.

The couple ran a small business from the island of Kauai and by 2015, Lori begins reading a series of books by Chad Daybell, called, Standing in Holy Places, some would say that Lori became obsessed with them. The family moved back to the mainland and settled in Arizona in 2016.

During this time in Arizona, Tylee’s father Joseph Ryan dies of a heart attack, leaving Lori as her sole parent.

By 2018, Lori attended one of Chad Daybell’s lectures, called Preparing a People. This event was a series of lectures that would focus on self-reliance and personal preparation for the second coming of Jesus Christ. This would be the first time Lori met Chad Daybell.

Lori attended the lecture series with friend Melani Boudreaux-Gibb and by the end of the weekend, Melani had heard Chad Daybell say to Lori that they had been married in seven previous lifetimes and it was obvious the two were communicating privately. 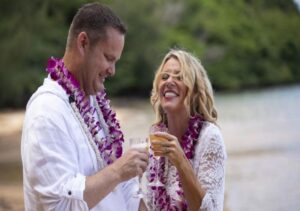 Some time after their first meeting, Lori’s husband Charles would be out of town on business. During this time alone, Lori invited her friend Melani and Chad Daybell over as well as a few others for an evening in her home. Chad was attending a  conference in not too far away Mesa, Arizona. During this visit, Chad would shower Lori with attention and discuss his beliefs past lifetimes and his belief that he  lived 31 lives on many different planets that were similar to earth.

Chad Daybell believed some were light and some are dark. Dark individuals would be from Earth, but followed Satan and individuals who were light were followers of Jesus Christ. Chad would tell Lori, she was an Eternal Being and was part of 21 other lives, but only five were lived on this planet. Conveniently, these five lives were the same lives he had lived on Earth as well.

Lori was very obsessed and attracted to this belief system as well as Chad Daybell. In December of 2018, Lori Vallow joined Chad Daybell on the podcast Preparing a People, the episode was, Time to Warrior Up.

By 2019, Lori tells her husband she no longer wants to be part of his or JJ’s life anymore. She told Charles that she was the wife of Joseph Smith, the American religious leader who founded Mormonism as well as the Latter Day Saint movement. Lori claimed she had been reincarnated back into this life. After dropping this bombshell, Lori disappeared to Hawaii for 58 days.

Charle’s attorney documented in the court papers that Lori told Charles that she was a God and it was her duty to carry out the work of the 144,000 at Christ’s second coming in July of 2020, she told Charles if he got in the way of her mission she would murder him. 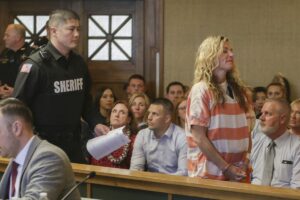 Charles Vallow was shot and killed on July 11th, 2019 by Lori’s brother, Alex Cox. He claims it was self-defense as he was attempting to confront Charles about abusing his sister. He claims Charles struck him in the head with a bat and he obtained his gun. Both children, Tylee and JJ were in the home during the shooting. Just five months after dropping the divorce proceedings to make his marriage work.

Prior to Charles’s death, he sent a text to a friend stating, “She actually believes I am not Charles. She says an evil named Nick Schneider murdered me and using me to violate her”

Lori’s brother Alex Cox later died in December of a blood clot. He was never formally charged with murder.

During the Vallows ordeal, Chad Daybell was dealing with his own… His wife, Tammy Douglas, passed in October of 2019, just months after Charles Vallow’s murder. According to Daybell his wife passed peacefully in her sleep. Though, a ring was purchased from Amazon using Charles Vallow’s bank account on October 2nd, 2019, which was 17 days before the death of Chad’s wife, Tammy. Chad and his wife Tammy resided in Idaho.

Lori Vallow and Chad Daybell were married in Hawaii, on November 5th 2019. Two weeks after the death of Chad’s wife Tammy.

But.. where are the two children Lori is responsible for?

The newly married couple informed others that Tylee passed away in 2017 and Lori had no other children. Though we can’t forget little JJ, whom she legally adopted with her husband Charles Vallow.

JJ’s grandmother became suspicious of this and called authorities for a welfare check on  Lori’s townhouse in Rexburg, Idaho. Lori informed the police JJ was just fine and visiting family in Arizona. Later that evening, a neighbor witnessed Lori and her brother Alex packing a truck. The next day due to suspicious circumstances of this missing child, local authorities and the FBI arrived to search the home further, but Lori’s town home was abandoned. Investigators also searched the home of Chad Daybell… finding no traces of the children.

Between December of 2019 and January 2020, local authorities and FBI investigated tirelessly in search of the missing children. They also exhumed Chad Daybells wife Tammy for a full autopsy. Grandparents from all sides of the children begged Lori and Chad to return the children. An award of $20,000 was offered and authorities highly believed JJ and Tylee’s lives were in grave danger. Lori and Chad refused to assist with the investigation, in fact… they left the state. The couple did obtain a lawyer and made the following statement.

“Chad Daybell was a loving husband and he has the support of his children in this matter. Lori Daybell is a devoted mother and she resents assertions to the contrary. We look forward to addressing the allegations once they have moved beyond speculation and rumor.”

It was found that Lori had obtained a storage locker in October of 2019. In it were the items of her children. Clothing, toys, bikes, photographs. Authorities found video footage of her brother Alex moving these items into the locker before his death in December.

Authorities began putting a timeline together to find the children. It appears that Lori arrived in Idaho in September and enrolled JJ in school on September 3rd, 2019. On September 8th, 2019, Lori, her brother Alex and both children JJ and Tylee visited Yellowstone National park. Roughly three weeks later, JJ attended class one last time on September 23rd, 2019. The very next day he was unenrolled and Lori stated he would now be homeschooled.

A friend of Tylee stated she received a text from Tylee’s phone on October 25th, saying, “Hi, I miss you guys too, luv ya…” Within the same month Tylee’s older half brother Colby receives two Venmo’s from Tylee’s account. With a simple, “we love you” attached. This would be the last time he heard from Tylee.

On December 1st 2019, the newlywed couple Lori and Chad flew to Hawaii. The couple flew alone with no children. By December 20th, Lori and Chad are persons of interest in the disappearance of the children.

On January 25th, 2020, the Kauai Police Department served Lori with an official notice that she must produce the two children, Tylee and JJ to the Idaho Department of Health and Welfare within five days. She does not comply.

On February 20th, 2020, Lori was arrested by the Kauai Police Department, located in Princeville, Hawaii. She was charged with two felony counts of abandonment and nonsupport of dependent children as well as various misdemeanors including, obstructing officers, contempt of court.

During court proceedings, court documents stated that Lori and Chad believed the children were possessed and were zombies.

A final search warrant was served at Chad Daybell’s property. At this time, they find human remains buried amongst a pet cemetery on the property. The human remains belonged to Tylee and JJ who had been dismembered, burned, bound in duct tape and wrapped in black plastic.

Lori’s charges are dropped and now charge her with obstruction or concealment of evidence. Daybell was arrested and charged with felony murder.

Did these two individuals believe they were carrying out a mission from God and killing the children was justified?