Amelia Earhart was the first female aviator to fly across the Atlantic Ocean. Born on July 24th 1897, she went on to write books about her flying experiences, assist in forming an organization for female pilots and promote commercial air travel. Her passion for flying developed at a very young age. Born and raised in Atchison, Kansas, she was descri 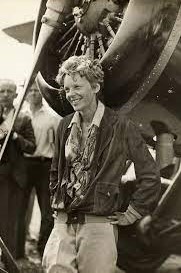 bed as a normal and active child. Full of energy and played well with other children. When her father’s job transferred him to Des Moines, Iowa Amelia was 10 years old. This would be when she saw her first aircraft at the Iowa State Fair. Her father asked both of his daughters if they wanted to take a ride in the plane. Neither were interested as it appeared rusty and not very interesting.

Amelia, her sister Muriel stayed in Atchison with their mother, Kansas while their father worked and lived in Des Moines, Iowa. The two girls were homeschooled by their mother and a governess. By 1909 the family reunited all together in Des Moines Iowa and Amelia and her sister were enrolled for the first time in public school, in the seventh grade.

Five years in Des Moines and Amelia’s father Edwin had become an alcoholic and was forced to retire from his job to be rehabilitated. Around this same time Amelia’s grandmother passed and left a substantial estate to the family and placed it in a trust so Edwin couldn’t drain the funds with his drinking habits.

By 1915, Amelia’s mother Amy left her husband Edwin and took the children to Chicago, where Amelia would seek a school with a great science program. Amelia would research careers that were deemed men’s careers, such as law, advertisement and mechanical engineering. Graduating high school in 1916, she began junior college but didn’t follow through. By 1917, she visited her sister during a Christmas break. Her sister was living in Toronto and WW1 was raging on. Amelia volunteered at the Red Cross as a nurse’s aide. Hearing stories of the military, she developed an interest in flying….

In 1918, Amelia contracted the Spanish flu, which became a major pandemic. After recovering, her interest in flying grew. Attending an exhibition for a WW1 Ace plane in Toronto and a few years later she attended an aerial meet with her father in Long Beach, California. She finally booked a passenger flight on December 29th, 1920 and took a 10 minute flight for $10. This is when she knew she had to fly.

Amelia worked various jobs to save enough money for flying lesions. They would cost $500 for 12 hours of flight instruction. By January 1921, she had saved $1000 and her mother had provided some.

Throughout this time she had bought a secondhand plane and restored it and on May 16th, 1923, Earhart became the 16th woman in the United States to be issued a pilot license.

Amelia went on to buy another plane and restore it, but began having symptoms and issues as a result of having the Spanish flu in 1918. She needed sinus surgeries and would often have a sinus tube taped to her face while flying.

Throughout the late 20s, Amelia had more sinus surgeries, her parents divorced and she set out to create a female pilots organization.

In 1927 Charles Lindbergh made a solo flight across the Atlantic, from New York to Paris, 3600 miles, this sparked interest in other pilots… Pilot Amy Guest expressed an interest in being the first woman to fly or be flown over the Atlantic Ocean, but she determined it to be too perilous of a trip to take. Seeking another female pilot for this potential project, Capt. Hilton H. Railey called Amelia and asked her if she’d like to fly the Atlantic.

Earhart would not fly the plane. She accompanied Pilot Wilmer Stultz and copilot/mechanic Louis Gordon on the flight. She was given the responsibility of keeping the flight log. The team flew from Trepassey Harbor, Newfoundland, a province in Canada, on June 17th 1928 and arrived back to the United States July 6th.

Amelia gained quite a bit of fame as a result of this trip. She went on to make a trip across the country and do some air racing. By 1931, she married George Putnam, an American author, publisher and publicist.

In 1937 she made two attempts at a world flight. 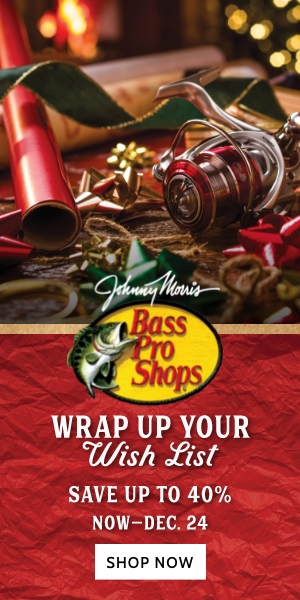 navigator, and Paul Mantz, Mechanic. They would depart Oakland to land in Honolulu, Hawaii, but due to galling issues and lubrication problems with the propeller hubs, the aircraft would need servicing. For three days the plan was at the United States Navy’s Luke field on Ford Island in Pearl Harbor.

3 days later they were able to resume flight. Though as they attempted to take flight, the landing gear collapsed, both propellers hit the ground and the plane landed on its belly. It even caused damage to the runway. This is called a GroundLoop.

A Ground Loop is  the rapid rotation of a fixed-wing aircraft in the horizontal plane whilst on the ground. Aerodynamic and centrifugal forces may cause one wing to rise, which may then cause the other wing tip to touch the ground.

With an extremely damaged aircraft, it had to be shipped by sea to a Lockheed Burbank facility for repairs. At this point, Capt. Manning chose to end his association with this flight. This would leave only Amelia and Fred Noonan, neither were very skilled in radio operations.

The second attempt to fly around the world was less publicized. They would fly from Oakland, California to Miami, Florida. Once arriving there, Amelia announced she would travel around the world in her airplane.

This time she chose to fly to Florida rather than Hawaii as a result of global wind and weather patterns.

On this second attempt, the crew consisted of only Amelia Earhart and Fred Noonan. Departing Miami on June 1st 1937, they made a few stops in South America, Africa, and Southeast Asia. They arrived at Lae, New Guinea, on June 29th, 1937.

Wow, it took about a month…

They had now covered about 22,000 miles of the trip. There were now 7,000 miles remaining and they would be over the Pacific Ocean.

On July 2nd 1937, Earhart and Noonon departed the Lae Airfield. The Electra plane was heavily loaded and they were enroute to Howland Island. They were expected at Howland island the next day as it was a 20 hour flight, with 1100 gallons of gas.

Near the hour of 3 pm Lae time, she reported her altitude as 10,000 ft, but that they would need to reduce altitude, due to thick clouds.

The U.S. Coast Guard assisted in preparation for the arrival to Howland Island, they sent the USCGC Itasca to the island, this ship was stationed on the island to assist in communications with Earhart and make it easy to find Howland island without exact celestial navigation.

As Earhart and Noonan approached Howland Island, the Itasca received very clear and strong transmissions. They could hear her, but for some reason, she was unable to hear any voices from the ship. The ship was also to be used for direction finding, but it seems that the plan’s direction finder was not working.

The first call received from the plan stated the weather was cloudy and overcast, this call was received at 2:45 and another before 5 am on July 2nd. 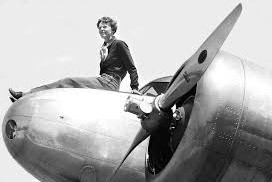 Another call came in at 6:14 am and stated that the plane was within 200 miles and was requesting assistance from the ship to use its direction finder to assist the craft. Amelia would begin whistling into the microphone to provide a constant signal for them to zone in on. At this point the ship realized they could not tune into the aircrafts frequency. Another call came in at 6:45am requesting assistance and stating they were only 100 miles away.

On the Itasca radio log at approximately 7:30 am it states :

KHAQQ [Earhart’s plane] CLNG ITASCA WE MUST BE ON YOU BUT CANNOT SEE U BUT GAS IS RUNNING LOW BEEN UNABLE TO REACH YOU BY RADIO WE ARE FLYING AT A 1000 FEET.

The miscommunication continued and Amelia Earhart’s plane was unable to communicate with the ship. Morse code was attempted and oil-fired boilers were used to generate smoke for some time, but Earhart’s plane did not see it.

Within one hour of losing communications with the craft, the US Navy and Coast Guard scoured well over 250, 000 square miles of ocean… They never found a trace of the two or the plane.

There are so many theories… for example, the simplest theory is that they got disoriented, lost track of the route and ran out of gas.

Though, there are some more ominous theories…

A consistent theory is that they crashed near or on Gardener island, which is an uninhabited island about 400 miles from the vicinity of Howland where she was to land. Famous ocean explorer Robert Ballard led an expedition in 2019 in search of Amelia Earhart’s Lockheed Model 10-E Electra or at least some type of evidence it landed or crashed there. He found nothing.

Will we ever know what happened to Amelia Earhart? Or maybe we need to simply leave it to the realms of the unexplained. 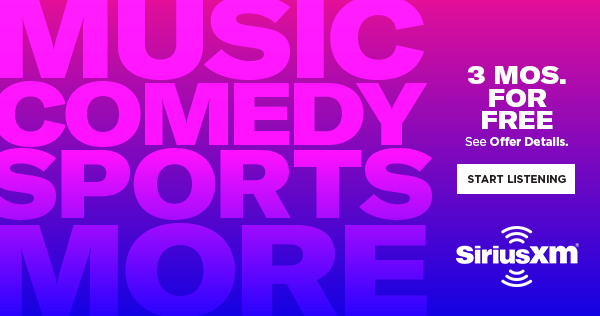