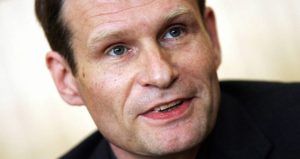 December 1st 1961, Armin Meiwes was born in Essen Germany. He had a quiet childhood until he turned 8 years old. His father, Dieter Meiwes, had walked out on the family. Dieter Meiwes was a police officer who had worked to save enough to buy the family a 36 room home that was 16,000 feet, a mansion in Wustefeld, Germany. The marriage between his mother and father was doomed from the start as he married her when she was 21 and he was 20 years her senior at 40 years old. The birth of Armin was said to be a means of manipulating Dieter to stay with his young wife Waltraud, as she was extremely possessive of her husband. Accusing him of having affairs and making threats to him, Dieter was extremely unhappy in the marriage and ultimately walked out on his family.  Meiwes retreated inside and was very much an introvert, though he did long to have friends. Suffering from severe abandonment issues, he would read the story tale, “Hansel and Gretel” and find the cannibal witch quite fascinating.To ease his loneliness, Meiwes created an imaginary brother, whom he called “Frank”. To Frank, he would share his thoughts and desires. As he came into his adolescent years, he began to day dream about eating people, friends if he had any, this way they would be a part of him.His very domineering mother made it hard to make friends. He often spent his time dismembering barbie dolls and fantasizing sexually about women and men. By the time Meiwes reached 19, he had enlisted in the army. On January 1st 1981, he began his military career. He was successful in his military career, rising in positions quickly, but was still not very social. Still struggling with his inability to make friends or communicate well, he began drinking heavily. This led to the end of his military career, he was released from the military in 1992. Meiwes’s mother passed away and he remained in the family home, which was now in shambles. Now alone, he worked as a computer repair technician by day and joined cannibalism chat rooms. Sometime after he began using the cannibalistic chat rooms, he decided it was time to act on his desires to eat human flesh. In his family home, he created a room that he could perform the acts needed to obtain human flesh. A bed, ropes, gallon size buckets were all present, he simply needed a victim. In 1999, one year after his mother’s death, he posted an advertisement, using the name Franky. The ad stated he was seeking a well built man who wanted to be slaughtered and eaten. Shockingly, he received many responses, though none of the individuals could follow through with the act. It is to be said, Meiwes did not force anyone to respond or become a victim. 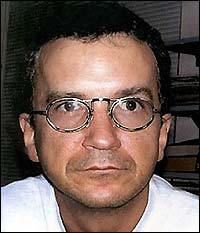 Bernd BrandesIn March of 2001, Bernd Brandes, an engineer who resided in Berlin answered the ad. Bisexual and had a desire for sexual mutilation, he contacted Meiwes and the two planned a date and time to meet at Meiwes’s house.The two planned to meet on March 9th, 2001 at Meiwes’s mansion. Setting up a camera to record their activities, they planned for Brandes to consume at least 20 sleeping pills and a bottle of cough syrup, this slowed his breathing severely. Meiwes went on to amputate Brande’s penis and eat it. Attempting to have Brandes eat it as well, but due to the sleeping pills and cough syrup, Brandes was unable to. Meiwes bathed Brandes and prayed over him before killing him. Stabbing him in the throat he bled out in the tub. Brandes body was hung by meat hooks in preparation for dismemberment. Cutting Brandes body and storing it for a period of about 10 months, slowly eating it over time. A new ad for a new victim was posted by Meiwes in December 2002. Seeking another victim to slaughter and eat. A student came across the ad and reported it to authorities. Investigators found Meiwes to be the user that posted the ad and searched his home, finding the recording of Brandes murder as well as several severed body parts. Armin Meiwes was arrested, and formally charged with manslaughter and sentenced to 8 years in prison on January 30th 2004. Armin Meiwes admitted his guilt and did discuss regrets for what he had done to Brandes. In 2005 a court retried the case, citing that the crime was committed for the purposes of sexual gratification, carrying a longer sentence. A psychologist stated that Armin Meiwes was a danger to society during the retrial as he still had the desire to eat young peoples flesh. The second trial ended with the charge of murder and carried the sentence of life in prison.